Jenny Grahame, EMC’s Media consultant and editor of MediaMagazine, explains why media will always have a place in dynamic English teaching, whatever the constraints of the National Curriculum. 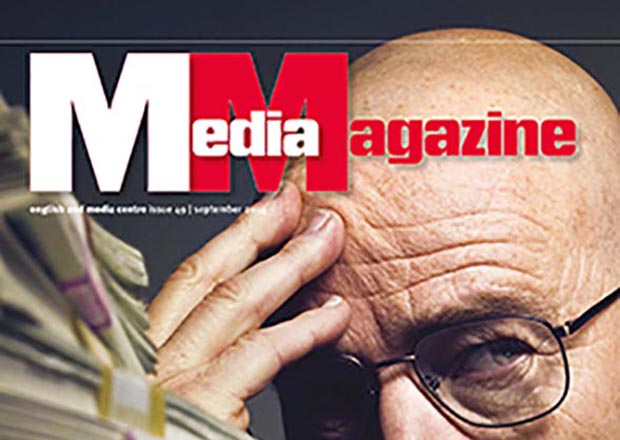 Terminology is a funny phenomenon.  It comes and goes in and out of fashion; education battles have been fought and won over the correct or most timely usage of a particular buzzword or concept. It’s interesting, for example, that the term ‘digital’ is currently embraced with delight for the supposed pedagogic benefits afforded by its technologies.  Our pupils are (or are not) ‘digital natives’, our textbooks are digitally enhanced on interactive platforms; our inboxes are cluttered with promises of digital apps which will transform teaching and learning; our current debates about ICT focus on the economic importance of teaching young people to code and program digitally.

Ofqual originally insisted that digital texts should not be studied for the new GCSE.  This has been slightly relaxed in the most recent amendments so that so that texts for study may include ‘both printed and online’ forms, but the forthcoming English curriculum would appear to a Martian to deny the existence of any text that doesn’t communicate exclusively in words, let alone to actively encourage the critical analysis, understanding or production of the digital texts at the heart of our pupils’ everyday cultural and literacy practices. At GCSE it looks as if students will be in the peculiar position of studying texts in which the visual is a key element of creating meaning and impact, without ever being asked to consider or comment on that. As Kate Oliver remarks in EMC’s recent blog on the new GCSE requirements,

Much is made of competing with the best and brightest on the modern global stage; producing a curriculum which could have been written pretty much anytime since the first world war seems a funny way to go about it.

A similar argument could be applied to another frequently used term: multimodal. For many years, multimodal theorists have argued that most forms of human interaction and communication are intrinsically multimodal, and that to be properly literate is to explore the ways meanings are made across and through a variety of forms, platforms and modes.  When the current GCSE English specifications were launched in 2008, the term multimodality suddenly became a cause célèbre, and a focus for study.  It allowed English teachers the opportunity to legitimately explore, in ways which varied from spec to spec, the forms of communication formerly known as ‘the media’ – admittedly in restricted ways, and in relation mainly to the ‘proper’ raisons d’etre of subject English: the literary heritage, non-fiction text-types, spoken language etc.

It’s striking to note the absence of either term from any of the new National Curriculum for English documents, or of reference to any form of study which interrogates, celebrates, challenges or evaluates the impact and implications of media and digital texts and technologies, thereby relegating to the store cupboard 25 years of best practice in bringing literature, language to life and making them accessible to all students.

What’s even more disturbing than this current flight back to the 1950s grammar school curriculum is the remarkable lack of public concern or debate about these particular absences.  The era of organised resistance to government interventions is of course long gone, but its social media equivalents are strangely silent.  There have been no Twitter or Facebook campaigns, and a mere scattering of blogposts, little response from the professional associations, and nothing like the groundswell of anger from public figures in response to recent threats to the arts in schools.  Obviously,  there are bigger and more urgent issues to prioritise, and quite rightly these have taken centre stage.

Nevertheless, the lack of response to the apparent loss of an aspect of English teaching which has been enshrined in best practice since the 1930s, and which today is more crucial than ever, is significant.  But perhaps there is a reason for this.

Perhaps – as we believe at EMC – most people understand that the English curriculum is not simply a legal paper framework and a series of obstacles through which to force recalcitrant students.  Perhaps it is a more dynamic phenomenon based on the relationships between the expertise and knowledge of those who teach it and the experiences and interests of those who learn it. Perhaps the fact that the media, digital texts and popular culture are explicitly excluded from the minimalist requirements of the new English curriculum is a blessing rather than a curse.  That which is not mentioned cannot be legislated for, and a minor embargo at examination level will not in itself undo the benefits of creative and critical multimodal and media work embedded into the Key Stage 3 curriculum, as it always has been, and hopefully will continue to be.

Here at EMC, since the birth of the National Curriculum, we have seen that each new wave of terminology related to the media has prompted concerns among the English teaching community; sometimes around the scarcity or restrictions of requirements, sometimes expressing anxieties about the erosion of traditional literary values, sometimes simply about lack of teacher expertise or confidence. Such initial concerns have almost invariably been superseded by excitement at the possibilities of teaching and learning through and with media.  Michael Gove may hope that these issues will recede in the short-term with our new ‘media-free’ curriculum; but I suspect we won’t remain ‘media-free’ for long.  Once the dust has cleared and the GCSE specifications have been rationalised, we will once again be looking to supplement the basics with those texts and practices which are engaging, relevant and meaningful in the context of young people’s lives –  and whether we call them digital, multimodal or simply media, we’ll be teaching them in English.

For a persuasive argument for media education as an entitlement for all children, watch Times columnist David Aaronovitch interviewed by MediaMagazine.

Post written by: Jenny
Grahame
Jenny Grahame is a Media consultant and editor of MediaMagazine.