At the English and Media Centre we have nothing against the subjects contained in the English Baccalaureate. But we are very much against the concept of the qualification as a whole, and proposals to use it to measure schools against one another. We would very much like to add our voice to other campaigns against the EBacc, such as that co-ordinated by the Cultural Learning Alliance. Below you can find our responses to the questions in the consultation paper that we felt able to comment on. 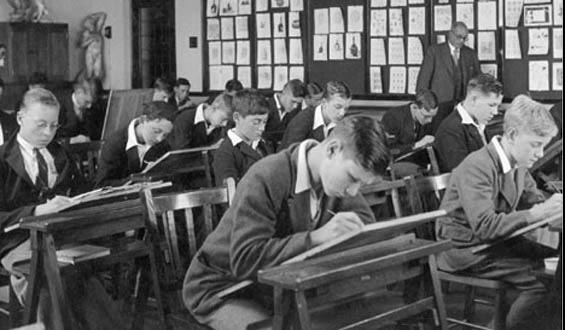 What factors do you consider should be taken into account in making decisions about which pupils should not be entered for the EBacc?

The question to ask when entering students for qualifications should always be: ‘which are the best qualifications for this student?’ If there are more suitable qualifications than some of the EBacc ones, then the student should have a right to be informed about and offered these – regardless of prior attainment, social background etc. In a sense, this question is just as usefully approached from the opposite perspective: what factors should be taken into account in making decisions about which pupils should be entered for the EBacc.

Is there any other information that should be made available about schools’ performance in the EBacc?

The proposals for making information available about schools’ performance in the EBacc seem to present several problems, and are likely to result in behaviour by schools that is not necessarily beneficial for students or for the education system as a whole. The following points need taking into consideration:

i. ‘the proportion of pupils entering the EBacc will become a headline measure of secondary school performance’ – this is likely to result in many schools entering as many pupils as possible for all of the EBacc qualifications, regardless of their suitability and with minimal consideration of individual requirements – a matter of social injustice if it results in large numbers of pupils failing a qualification that they were only entered for in order to boost a school’s performance figure. What is in the interests of students should be of paramount importance.

ii. ‘We propose that EBacc entry and attainment data for mainstream secondary schools with similar characteristics and intakes will also be published by the government to allow schools, parents, and Ofsted, to understand how similar schools compare to each other’ – This immediately turns a school’s decision not to enter all of their pupils for the EBacc into a punitive measure, thus making it less likely that schools will promote a curriculum best suited to their pupils. For example, the head teacher of a secondary school recently explained at an open evening why his school would not be entering all students for the EBacc. Based on feedback from his presentation, it seemed that this made many parents more likely to send their children to that school. Any requirement to judge schools on EBacc entry data would make it harder for head teachers to make these decisions.

iii. ‘We propose that EBacc entry and attainment will be given a more prominent role in the Ofsted inspection framework’ – linking policy like this to the inspection framework is likely to force schools to enter students for EBacc even when it is not in their best interests; such strategies tend to reinforce the notion that Ofsted is not an independent body.

It is vitally important that information beyond schools’ performance in the EBacc should be made available and given equal prominence, so that there is reporting on a wider range of markers of a school’s success in educating fully rounded people, with rich experience of social, artistic and cultural life and a strong education in citizenship that will equip them for their future lives.

The fact that the consultation document has identified the anomaly of expecting schools that offer a particular provision having to direct students to take particular subjects at 14-16 reinforces the problems with introducing the policy to all other schools. If a system has been created that encourages schools to develop their own distinctive curricula, then presumably valid exceptions can occur in many schools that lie outside this small group.

What approaches do schools intend to take to manage challenges relating to the teaching of EBacc subjects?

In the course of our work, we engage in conversations with thousands of teachers from hundreds of schools. It has already become clear that many schools have cut provision in important subjects such as Art, Media Studies, Music and Drama in order to make room for additional Humanities and Modern Foreign Language teachers.  We find this deeply worrying, particularly as these cuts are falling in schools in the state sector. This is a serious issue of social justice: students in the independent sector continue to get a rich diet of subjects linked to the creative arts and media, while those in the state sector get an increasingly limited offer. This is the case not just at GCSE, but at KS3. Anxious about their GCSE results, schools are putting in place a much more ‘academic’ curriculum from an early age, with the consequence that many valuable subjects are being squeezed, or disappearing all together. The relationship between rich provision beyond core academic subjects and achievement in core academic subjects means that it is a false economy and ill-advised move to shrink pupils’ experience down to a very limited range of subjects.

Other than teacher recruitment, what other issues will schools need to consider when planning for increasing the number of pupils taking the EBacc?

The move is likely to lead to an increased sense of alienation in large numbers of students, regardless of background and prior levels of attainment. Many students are likely to resent the increasingly limited opportunities for creativity in the official curriculum, as well as the limitations placed on what they are allowed to study at KS4. We would stress that this doesn’t only apply to lower achieving pupils but to all pupils. The benefits of creative subjects, taught to a high level, for all pupils, is well documented.

The move is also likely to lead to an increasing sense of failure among many young people. The consultation notes that “the proportion of pupils entering the EBacc nationwide has risen from 23% in 2012 to 39% in 2015 and the proportion of pupils achieving the EBacc over the same period has risen from 16% to 24%. This suggests that the rate of attainment has not kept up with the rate of entry. Similarly, the consultation cites a school where 71% of pupils with low prior attainment were entered for the EBacc, with 18% achieving it. This suggests that the qualification is not necessarily the right one for these students. The Secretary of State borrows George Bush’s phrase, ‘the soft bigotry of low expectations’ to justify her rationale for wanting to enter the majority of students for the EBacc rather than vocational qualifications, but this would seem to be a case of unrealistic expectations inflicting an unnecessary sense of failure on large numbers of students, who could have been studying more productively towards a different set of qualifications.

What additional central strategies would schools like to see in place for recruiting and training teachers in EBacc subjects?

The teacher training process as a whole is very fragmented at the moment, making it very difficult to guarantee the required rates of recruitment, with consistent quality, across the full range of subjects. It seems rather strange to be narrowing the focus of schools to Ebacc subjects at the very time when the supply of teachers in some Ebacc subjects is becoming an increasingly pressing problem.

Do you think that any of the proposals have the potential to have an impact, positive or negative, on specific students, in particular those with 'relevant protected characteristics'? (The relevant protected characteristics are disability, gender reassignment, pregnancy and maternity, race, religion or belief, sex and sexual orientation.) Please provide evidence to support your response.

There are many troubling assumptions in the premise behind EBaccs and the content of the secondary curriculum in general. While it is sensible to make a case for a basic entitlement for all students, there has been little or no debate about who decides what this entitlement should be and who it best suits. We have significant worries at the moment that the EBacc and the curriculum in general discriminate against particular sets of students and, for all students, offer a rather narrow and outmoded version of subject content, that neither prepares children for future life, nor for the versions of various subjects that one finds in universities. For example, the GCSE English Literature curriculum offers a very unrepresentative selection of texts for compulsory study and takes the subject in directions that do not prepare students for future academic study either at A Level or in university English.

How could any adverse impact be reduced to better advance equality of opportunity between persons who share a protected characteristic and those who do not share it? Please provide evidence to support your response.

For this to be the case, schools would need a curriculum framework with much more freedom about what they could offer to their students, within the context of a broad set of entitlements. At the moment English, Maths and Science are compulsory. This would seem sensible. Page 14 of the consultation document, ‘High aspirations for every pupil’, presents a case for the importance of these subjects in the general development of young people and for their future career prospects. However, no case is made for a similar impact from particular Humanities and MFL subjects. While clearly these are an important area of the curriculum, there is no evidence that making them compulsory beyond a certain age is either appropriate for 90% of students or that it leads to a raising of overall attainment.

The Campaign to Reform the EBacc

We're delighted at reactions to 'Iridescent Adolescent' from teachers, commenting on how great it's been in classro… https://t.co/aum5arZ03p

We try to offer some classroom resources for teachers for free, alongside the publications that we sell to schools.… https://t.co/QE72CL4dHu

This humdinger has helped 1000s of students over the past decade or so. Now in its 2nd edition, it covers pretty mu… https://t.co/iEgoUaM3cD

An EMC download that focuses on the disciplinary practices central to teaching novels. As it should be… https://t.co/3QMCFhStPx

New to teaching English Language at A Level? Get well-prepared with our one day, online course (11.11.21). Must be… https://t.co/NEq8kJmoCK

Homer the @BarbaraBleiman way. Take your students on a cultural odyssey with this blend of old and new… https://t.co/ECfCDeBwnn

@louisareid Congratulations to her - and to you! It was a terrific entry.

RT @ForwardPrizes: @BarbaraBleiman @EngMediaCentre Thank you for all that you do to support the students and promote our work! Creative Cri…