The following letter was sent to The Sunday Times by Professor Susan Bruce, Chair of University English, in response to an article published in the May 11th edition of the paper about the OCR/ EMC A Level English Language and Literature. It appears in abridged form in the May 18th Letters section of the paper. 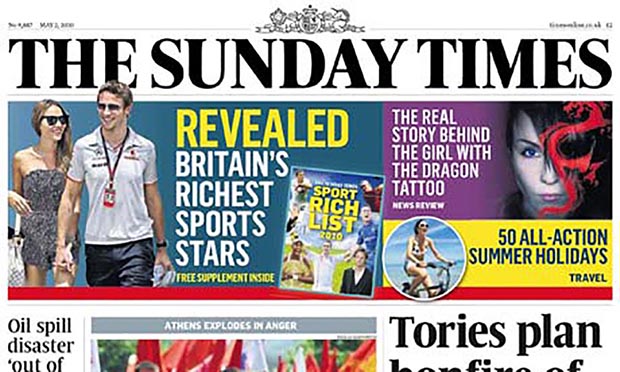 In the last paragraph of her article [‘Let English A-Level stick to the Bard’s booky wooks’ 11 May 2014] Eleanor Mills states that she is ‘all in favour of giving … clever young teenagers a video of [Russell Brand] at the select committee’ and that ‘any exercise that makes [teenagers] think about how language is used, or misused, or manipulated to mislead is a good thing’.  Readers who got to the end of her piece, however, might have been forgiven for thinking that it was arguing precisely the opposite case.

University English (the body that represents Higher Education English departments across the U.K) would like to clarify some of the more misleading assertions in Mills’ article.  The English Language and Literature A Level is not, as Mills suggests, a new qualification.  It has, to the contrary, been taught for decades.  We have no idea why the DfE have allegedly pronounced that pupils taking such a qualification may be denied places at ‘good universities’: English Language and Literature is currently accepted as a bona fide A Level by universities across the country, including almost all Russell Group institutions.

All Awarding Bodies (including OCR, whose proposed new syllabus has generated so much media noise over the past fortnight,) must adhere to subject content identified by the DfE, in which, for English Language and Literature syllabi, the study of spoken language is a key requirement.  Knowledge of morphology, pragmatics, lexis, phonology and discourse likewise appear in the DfE’s list of requirements for AS and AL specifications, and are not (contrary to Mills’ implication,) particular to OCR’s new proposal.  These bodies of knowledge emanate from Linguistics.  They have nothing whatever to do with the Literary Theories (Marxism, feminism, deconstruction, for instance) with which Mills very misleadingly conflates them.

English Literature A Level concentrates only on literature (the clue is in the title).  The English Language and Literature A Level (as the title again suggests,) draws on ideas and methods from literary criticism and the study of language to analyse both literary and non-literary texts, spoken as well as written, and from an infinitely wider sphere of contexts.  Digital forms of communication such as Twitter feeds and blogs are increasingly influential in the modern world; parliamentary discourse, of which select committee proceedings are a part, have played a role in our democracy for a good deal longer.  Many university English courses already draw on material from a similarly wider variety of sources, and A Level syllabi that introduce students to the analysis of a broad range of communication types (written and spoken; formal and informal; contemporary and canonical) are welcomed by University English.

There are, moreover, very obvious benefits to civic society of introducing teenagers to the rigorous analysis of the forms of discourse they encounter in their daily lives (such as Twitter feeds) as well as those with which they are less likely to be familiar (such as the proceedings of parliamentary select committees).  Equipping students with the skills which will enable them rigorously to analyse those texts, and so better understand the ways that they may be influenced by them (as well as the reasons why they may generate irrational fear and loathing in those less well-equipped with such skills,) is an objective we should all welcome.  Confusing that objective with an argument about whether Brand is better than the Bard is a red herring – and a pretty rotten one, at that.

Post written by: Susan
Bruce
Professor Susan Bruce is Chair of University English and Professor of English Literature and Head of the School of Humanities, Keele University.