The current impetus to diversify the English curriculum has one obvious stumbling block: time. With limited timetabling space available, how is it possible to create an English offer for students that has genuine range?

Part of the solution might lie in using short stories in the classroom. While novels can be multi-voiced, studying one in detail can only ever expose students to a relatively small range of forms, identities and perspectives. Each short story, on the other hand, creates its own world in miniature: covering a range can be done in a relatively short space of time, so exposing students to multiple approaches to writing, as well as multiple ways of undertaking literary study. I’m not suggesting, by the way, that short stories should supplant the novel. They stand as a distinct literary form in their own right, and so worthy of study, while also being a useful supplement to the longer form.

At the English and Media Centre we’ve published two anthologies of short stories in recent years, Literary Shorts and Iridescent Adolescent, and one anthology of short stories and novel extracts, Diverse Shorts. Each has its own specific focus, but all three attempt to include stories from different identity groups, regions, and nationalities, blending canonical authors, seminal writers from across many continents and new writing by up and coming writers. Collections like this can only scrape the surface of the modern world’s superdiversity, so there are some significant omissions that we hope to address in future publications. However, we’re really proud of the different perspectives they are bringing to classrooms up and down the country. The process of putting them together has helped us to reflect not just on how short stories can help to diversify the curriculum, but also on their many other merits. A summary of these reflections might be a useful starting point for any department thinking of introducing more short stories into the curriculum.

As said above, short stories are brilliant for bringing voices from different identity groups, regions and nationalities into the classroom. This should help foster a sense of inclusivity, with students more likely to recognise themselves in their reading. Where they don’t recognise themselves, they still get to see that literature can be about encompassing and valuing difference, rather than ignoring and marginalising it. A student working through Iridescent Adolescent would read voices from India, Pakistan, America, Trinidad, Namibia, Iraq and Eastern Europe, as well as from around the UK. Additionally, some of these voices are in the first person, some the third, some even in the second. There are male and female voices, child and adult voices, voices from the past, the present, the future, and so on.

With a diversity of voices also comes increased opportunities for learning. Students get to hear language used in different ways. With this comes a recognition that they themselves can both develop their own voice and take on other voices in their writing. Imagine a sequence of lessons in which students read about an Anglo-Indian Jewish girl growing up (‘Iridescent Adolescent’, by Phoebe Roy), an Afghani-born American boy immersed in the world of video games (‘Playing Metal Gear Solid V’, by Jamil Jan Kochai) and the death of Charles Darwin’s daughter in Victorian times (‘Great Pucklands’, by Alison MacLeod). These stories, by the way, aren’t as randomly selected as they might seem. Each draws on elements of magical realism, so making it perfectly logical to teach them as a small cluster.

2. Diversity of forms and genres

Short stories not only introduce students to multiple voices, but also to multiple forms and genres. We’ve pushed the boat out in Iridescent Adolescent by including a graphic story (‘The Last Woman on Earth’, by Caroline Hadilaksono). There are a whole range of other forms and genres too: folk-tale (‘The Roussalka’, by Rebecca Boroson), magic realism, horror (‘Click-clack Rattlebag’, by Neil Gaiman), ghost (‘Foreboding’, by Kamila Shamsie), suspense (‘Paranoia’, by Shirley Jackson), sci-fi (‘Doing That’, by Barbara Bleiman) and clif-fi (‘Time Capsule Found on a Dead Planet’, by Margaret Atwood) among others. 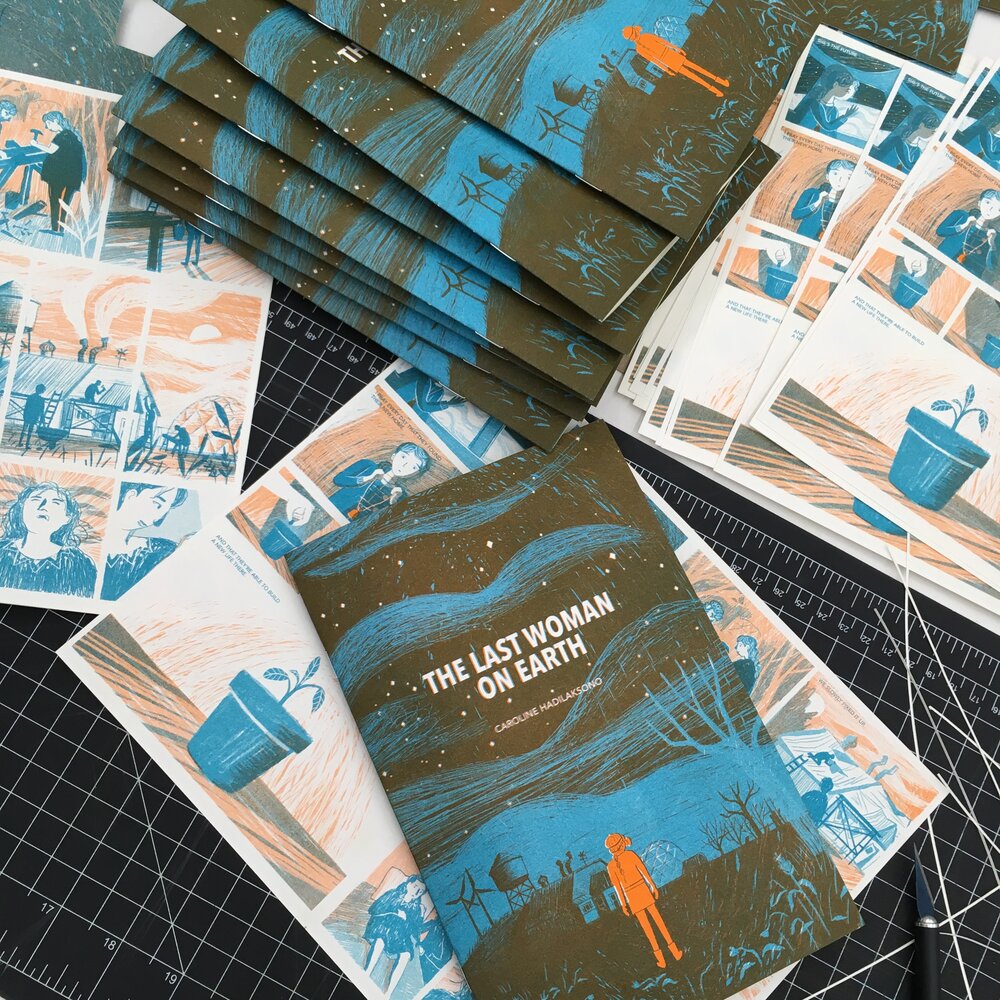 3. From big picture to close detail

Short stories provide students with lots of opportunities to think about and work on complete narratives. In one or two lessons, they can develop ‘big picture’ ideas about a story in its entirety. This then provides them with the context for engaging in some close detail work. They can move easily between the two, with lots of opportunities for exploring some of the key aspects of literary study: characterisation, setting, structure, plot, themes, and so on.

Using short stories is relatively low risk. Each story takes up a small amount of curriculum space. For that reason, they provide lots of opportunities to let students loose on some valuable exploratory work. To increase their level of investment, they can be given the chance to work on a story of their own choosing. For example, different groups could choose different stories, but feed back on the same topic, such as how the story was structured, or how it kept readers interested.

5. Focus on the contemporary

Great new short stories are being published all the time. They provide a relatively straightforward way to bring contemporary fiction into the classroom. This isn’t just a question of bringing relevant issues into the classroom, but also of recognising that literature itself is constantly adapting in form and language to contemporary concerns. Sita Brahmachari’s ‘Amir and George’, for example, is written in the developing English of an Iraqi refugee, cleverly contrasted with the more socially valued English of George Orwell. It raises all kinds of interesting questions about the contemporary linguistic landscape, both in the real world and in fiction writing itself.

Short story collections can be wonderfully expansive and liberating. They offer students and teachers alike an escape from the narrow parochialism sometimes encouraged by government-constrained examination specifications. Simultaneously they can throw light on mainstream texts and vice versa. They offer more knowledge, more insight, more understanding, not less. After reading a collection of stories, students generally take away one or two favourites of their own that they really treasure. They might even go on to seek out more work by the same writer. Stories have the potential, then, to develop valuable cultural agency in our students.

If you’re interested in learning more about what short stories can do to help diversify your curriculum and boost your students’ literature study, we’re running an online short course on Thursday 10th February, 2022 (bookings close Tuesday 8th at 8am).

Exciting and inspiring! By Seval on 02nd Mar 2021
Print Share

Posted about 9 hours ago

We're delighted to be co-hosting this webinar with our great friends @clpe1 @storyriver https://t.co/LXiG507QVP https://t.co/krKsZTEnUZ

Posted about 20 hours ago

Something for everyone in September's emagazine. THE magazine for AL students of film + media Make sure to subscri… https://t.co/vi7ChrXGeu

Just because it's the holidays, doesn't mean you can't look forward to some high-quality CPD in the Autumn term!… https://t.co/kmP3a60rne

Doctor Strange will be available to greet your media + film students at the start of the new term. Make sure to su… https://t.co/8M78eu5uN8

@MrQShafiq The article almost directly quotes the report, which is cautious about its findings. It's v useful in l… https://t.co/5TmlUGmfEF

SIGNIFICANT RESEARCH FINDING FOR ENGLISH TEACHERS '... the most important activity for English teachers appears to… https://t.co/HZZMm3srzA