The Class: Living and Learning in the Digital Age

Julian Sefton-Green reflects on living and learning in the digital age, the subject of 'The Class' - a forthcoming book, co-authored with Sonia Livingstone - and his recent talk at an EMC Twilight. 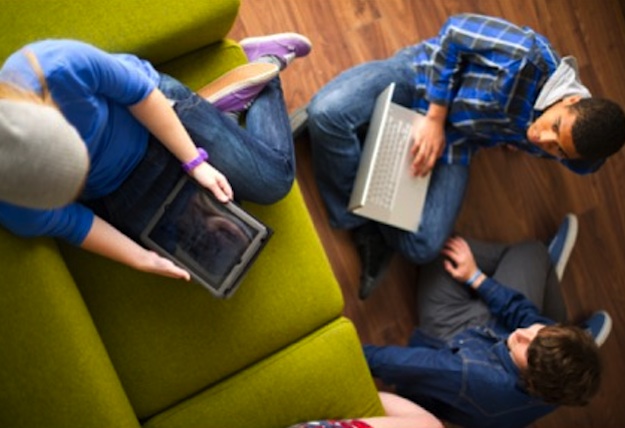 Recently, I spent a whole year immersed in the lives of a Year 9 class at an ordinary London comprehensive school. Together with a colleague we spent a term in school with the class, going to each one of their lessons and talking with them in the corridors and as they hung around the playground and corridors. We then visited each member of the class in their home, talked to their parents, became their friends on Facebook and went with them to many of their after-school activities – music lessons, football training, hanging around playing computer games and so forth. We found out about their friendship patterns, activities in the family, behaviour at school, their attitudes, ambitions, fears and the way they approached the routines of everyday life.

In general, teachers have a kind of schizophrenic attitude towards the lives of their students outside of school. On the one hand we are interested in them as people, their day-to-day troubles, their emerging identities, the pathways their families and communities pick for them and the trajectories they envisage for themselves in the future. On the other hand, we want to treat them all the same whatever their race, social class, gender or personality. We don't want differences to unsettle the order of the classroom and our paths for them follow the preordained routes laid down through examinations and curriculum. Schools are similarly ambivalent about social class. On the one hand common-sense (and research) tells us that this is what determines the child's future but on the other, it is school and education that hold the key to other possible opportunities: is the home, then, over-determining or irrelevant?

Some of the claims made for social changes brought about by digital technology seem to threaten the traditional maintenance of boundaries between school and home. Being online means you can do school work at home; mobile phones connect young people and their friends all of the time; families can find out about children's progress at school and schools can communicate with parents. Access to knowledge is no longer a problem in a digitally connected world. It was the idea of investigating what difference these possible connections might make to the lives of the young people in the class that inspired our project.

We discovered that the students, their parents and the school all seem to want to know more about each other but in actual fact they are curiously uninformed about what goes on, be that at home (as seen by teachers) or at school (as seen by parents). Whilst adults we met over the year claimed they wanted to know more about what happened in the lives of young people when they were not around, in fact an awful lot of effort went into maintaining very clear boundaries between these three social worlds. For example, school spent a lot of time being distressed by Facebook and rather hoping to keep its world outside of theirs; at the same time students were very keen to ensure ways of protecting their time (not that there was much of it) and their spaces (ditto) from prying adult eyes.

One of our key research questions was about the way that media was used at home and school and especially, given access to mobile digital technologies, whether this allowed home and school to be connected in different ways. At school we noticed how the teachers’ versions of popular culture acted as a way of creating shared values and norms. So in afternoon registrations the class often watched BBC News, a geography teacher used X Factor-style voting, and role models from the media dotted the classroom walls, but very rarely was there any discussion about how the media was produced, or who controls it, or how it is structured to convey certain kinds of messages. Films about slavery in black history month were often treated as if they were transparent windows on the world.

This attempt to use forms of popular culture was curiously at odds with the school’s interest in forms of high culture. The headteacher liked a boy (who had private music lessons) to play Chopin when the year group filed into assembly. Activities involving Shakespeare or great works of art were given prominence so that the distinction between popular culture – what people watched every day at home, or enjoyed or talked about with their friends - was separated from forms of culture valued by the school and from the past. Kids learned classical music in music lessons but enjoyed something else completely different in the home.

Furthermore, attempts to use the media across the boundary of home and school were actually seriously policed, or did not function as intended. SIMS worked really well as a form of digital surveillance while all too often the VLE didn't work or wasn't properly understood by either teachers or students. Mobile phones, which could of course be very useful, were forbidden in school. For all the talk about living in a connected world, the students didn't want teachers or parents to have access to their world and the same was true of the adults.

Perhaps one of the most excruciating things we witnessed was the slow microscopic menu of misunderstandings, missed opportunities and social injustices experienced by the young people over the year. There was no shortage of high aspirations, good intentions and ambition, but there was a lack of knowledge in school about the actuality of the class’s day-to-day lives, suggesting that the way we organise our offer, how we construct opportunity, is often at odds with the ways that young people and families imagine what learning does/can do for them. Families have their own understanding of what learning is and how education can work for them – and of course middle-class families’ visions of this are likely to be similar to those of teachers, members of a middle-class profession.

So, some of our final thoughts were: how would the school be different if teachers knew more about their students' lives outside of school? Why do we choose not to know about our students and why might they not want to reveal themselves to us? In whose interests might greater (or lesser) connection across and between the social world of young people operate?

The Class: living and learning in the digital age by Sonia Livingstone and Julian Sefton-Green is due to be published by New York University Press in May 2016.

Post written by: Julian
Sefton-Green
Julian Sefton-Green is currently Principal Research Fellow at the Department of Media & Communication, LSE and an associate professor at the University of Oslo. He is Visiting Professor at the Playful Learning Centre, University of Helsinki, Finland. Julian has worked as a school teacher, in teacher training and in the informal education sector. He has researched and written widely on many aspects of media education, digital culture, creativity, new technologies and informal learning.