What’s Happening In Shakespeare Studies at University Level? What Are The Implications For Teachers

Dr Emma Smith, Shakespeare scholar at Hertford College, Oxford, came to talk to a group of teachers in a twilight session at EMC. Here is her account of the event, as a guest blog, with a brief introduction by Barbara Bleiman, Co-director of the English and Media Centre. 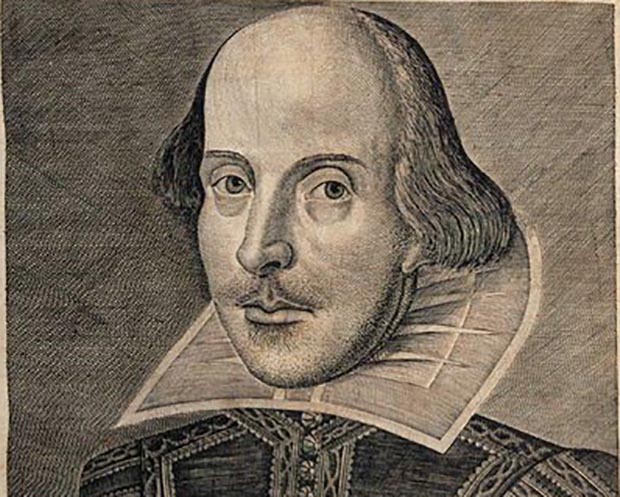 We invited Dr Emma Smith, Shakespeare scholar at Hertford College, Oxford, to come to talk to a group of teachers in a twilight session at EMC. The idea was to inform ourselves and teachers about current practice in the study of Shakespeare in the academy and to discuss together what the implications of this might be for the study of Shakespeare at A Level.  We wanted to look at continuities across the sectors, on the basis of up to date information about trends in Shakespeare research and undergraduate courses.
It was a fascinating talk and discussion, in which Emma was at pains to point out that there was a wealth of excellent practice in schools on Shakespeare and that it wasn’t a question of a one-way street of schools adapting in relation to universities but rather coming to an understanding of what was different and why. In particular, she acknowledged the great work schools do in the close reading of a single text, that doesn’t figure in most university study but provides the foundations for the broader kinds of study at university; in undergraduate courses, the ability to read and analyse the text is assumed.

Download her handout with great suggestions for reading and links to support teachers interested in following up the kinds of approaches to Shakespeare that are being developed in H.E. You can also download a chapter from her book The Cambridge Introduction to Shakespeare.

What’s happening in Shakespeare Studies at university level? What are the implications for teachers of English?

At an event hosted by the English and Media Centre in November 2014, I discussed some of the trends in teaching Shakespeare in higher education, based on my own experience and that of colleagues working across the sector. I outlined three areas of current interest in research and teaching Shakespeare at university level: Shakespeare adapted, Shakespeare and his contemporaries, and Shakespeare and the book. All three share an implicit interest in decentering Shakespeare, or challenging old priorities about his singular genius: instead, they place Shakespeare in dialogue with different creative agents. Importantly, this outline gives a sense of what is currently happening: If what university teachers are working on with their students does not always mirror the requirements and expectations at A level, nevertheless, the training in close critical analysis that is usually at the heart of school study is an important building block for what comes later.

Lots of university courses are interested in Shakespeare translated into other media – perhaps most prominently, film, but also in novels, graphic fiction, paintings and other visual arts, music, and poetry. It’s related, of course, to Shakespeare in the theatre, although because that material is often more difficult to access at first hand, it tends not to be such a direct focus. Often this also involves a translation of Shakespeare across cultures. The issues at stake in this kind of work are about how to understand the relationship between the ‘original’ and the ‘adaptation’, and whether these are appropriate terms to develop a less hierarchical view of that relationship. Does the adaptation exist only in relation to the original? We’ve moved beyond the idea of ‘fidelity’ to the original – given that the most faithful adaptations, like the BBC Shakespeare series done in the 1980s, are pretty unwatchable – but the question of the criteria for analysing these adaptations is still live. There are other questions, too: where does authority reside and what makes a text Shakespearean (is it Shakespeare if it isn’t the language of Shakespeare, for instance); what changes need to be made to translate texts across time, media, and different cultures, and how far do these new contexts shape and transform the Shakespearean play; how can we develop the tools for analysing the textual forms created by new media?

In the discussion we identified ways in which this was challenging in the A level curriculum: time and examination/assessment objectives pressures were, as always, prominent concerns. But it was interesting too that some colleagues from school were concerned that, for example, the film of the play might replace the play rather than supplement or complement it, or might seem to do so.

Shakespeare and his contemporaries

Lots of academic work, inspired by new developments in theatre history (the Globe and Sam Wanamaker theatres, for instance) is interested in issues around theatrical repertory, theatre spaces, and historical context. Putting Shakespeare alongside contemporary writers can reveal what is distinctive about him – but, of course, can sometimes point out his blindspots or characteristic dramatic techniques. So, reading a Shakespeare play alongside one by Webster, or Marlowe, or Kyd, or Middleton – or, less usually, by Jonson or Fletcher or Marston, highlights issues of repertory and genre as well as developing comparative techniques of analysis.

For many teaching colleagues at the discussion, this was already a familiar technique in their curriculum, although the partner play was not always an early modern one. We discussed here whether there might be more contextual material available, since colleagues often felt that the historical context on which students could draw was unhelpfully narrow and schematic.

Shakespeare and the book

The publication and editing of Shakespeare’s plays has been a big area of interest in academic Shakespeare studies. Editing used to be a very specialist and arcane area but the availability of the early texts online has changed that, and opened up the extent to which editing is an interpretive and critical art, not an objective science. Looking at how Shakespeare’s plays register the circumstances of their performance, at stage directions and at other details of the first printed editions, can clarify for students how much interpretive work has been done for them in their Oxford or Arden edition, and open up some alternative possibilities.

In our discussion we were struck by the difference in the focus on the specific details of one play in the A level curriculum, and a much broader thematic interest in the university approaches. We also discussed how far theory had been assimilated into university work, and whether the ways different theoretical approaches are sometimes presented at A level has kept pace with a more blended pick-and-mix theoretical style in most university literature departments. The chance to talk over teachers’ own sense of the subject they had studied and were now teaching, to compare that with current preoccupations in higher education, and to think again about the transition from school to university, was very valuable – and enjoyable.

RT @EngMediaCentre: We design our poetry publications in ways that allow students to move from engaged personal response to reflective crit…

We've far more AL download publications than the ones listed here. All designed to the highest standard to push you… https://t.co/d3vmTjPvL4

We design our poetry publications in ways that allow students to move from engaged personal response to reflective… https://t.co/8VXvbCmMPd

@MissNS_Eng It was wonderful, wasn’t it?

Six ways short stories can diversify your curriculum and boost literary learning. If you like the blog, then take a… https://t.co/FoPBVEmA5E

RT @BarbaraBleiman: So excited that this has now been published. We've been waiting for copyright permissions but now it's up there on EMC…

RT @NEUnion: It's #HolocaustMemorialDay @MichaelRosenYes talks in this video about why we must motivate future generations to speak out ag…

We're delighted that our first in-person CPD session in nearly 2 yrs has booked to its (limited) capacity. Are peop… https://t.co/qBxsYUtR0h