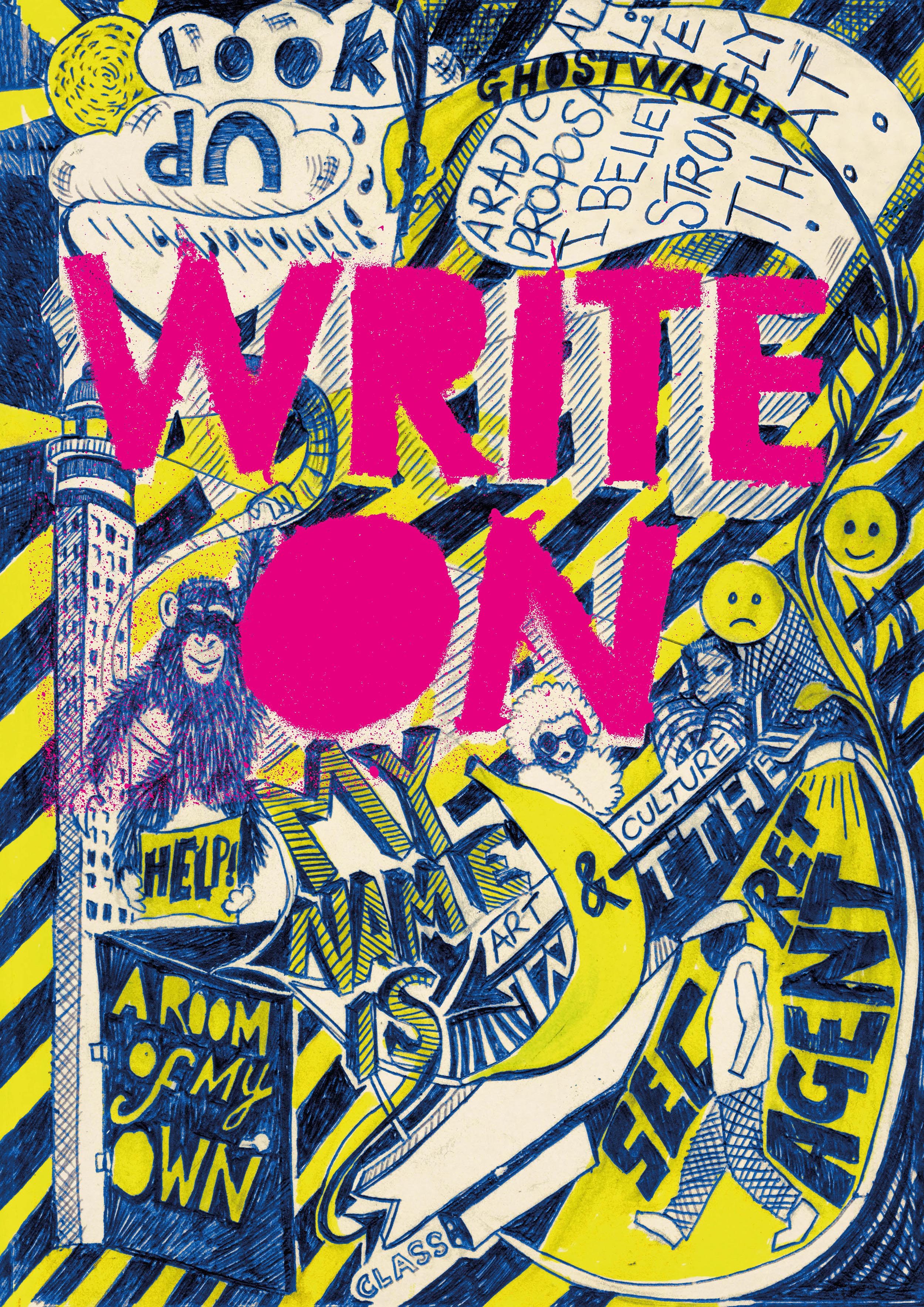 Y7s and 8s nationwide have let their imaginations loose with EMC’s Just Write. Write On continues their writing adventures into Year 9 and beyond.

44 new creative tasks to encourage students to develop their writing muscles, including: 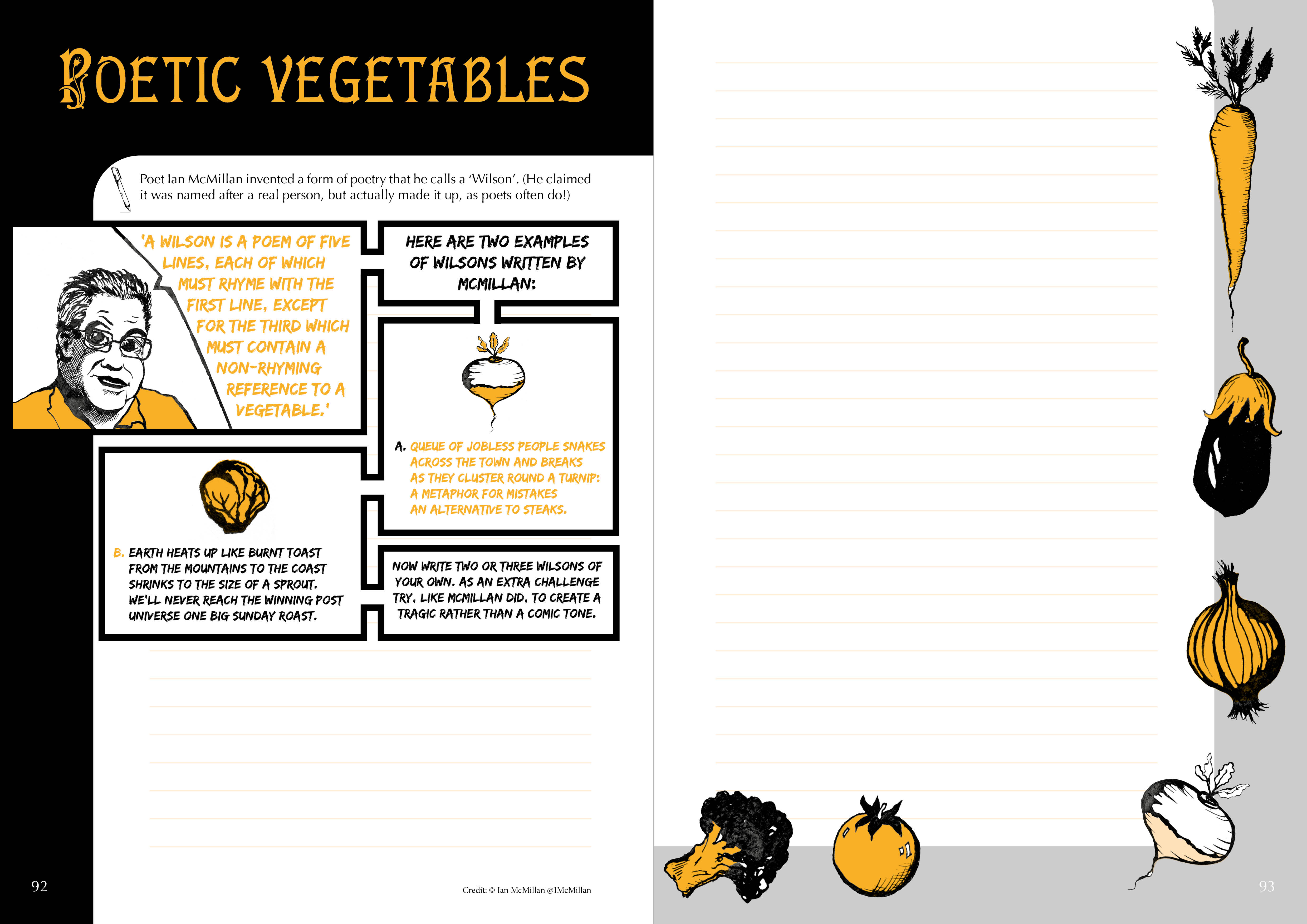 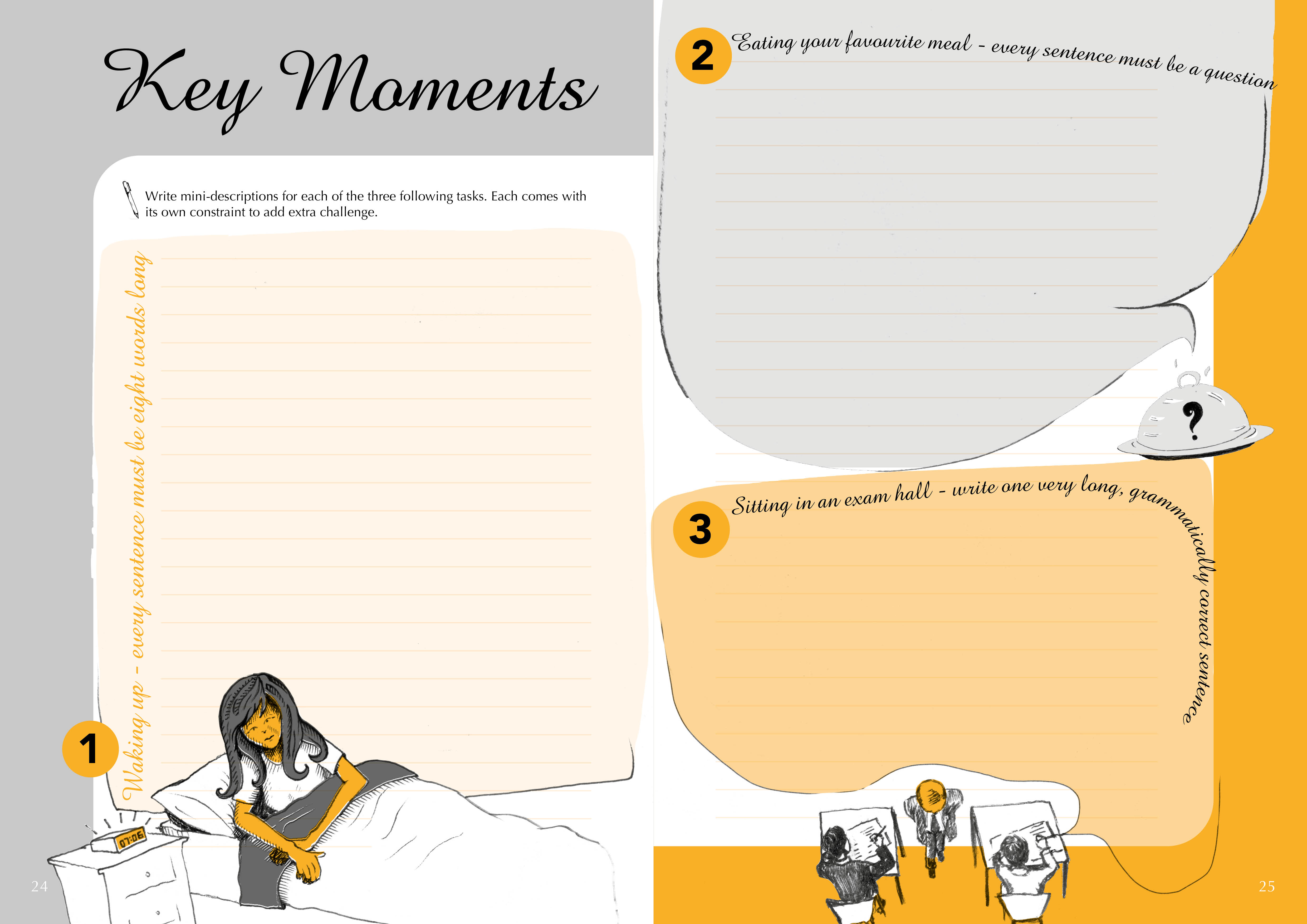 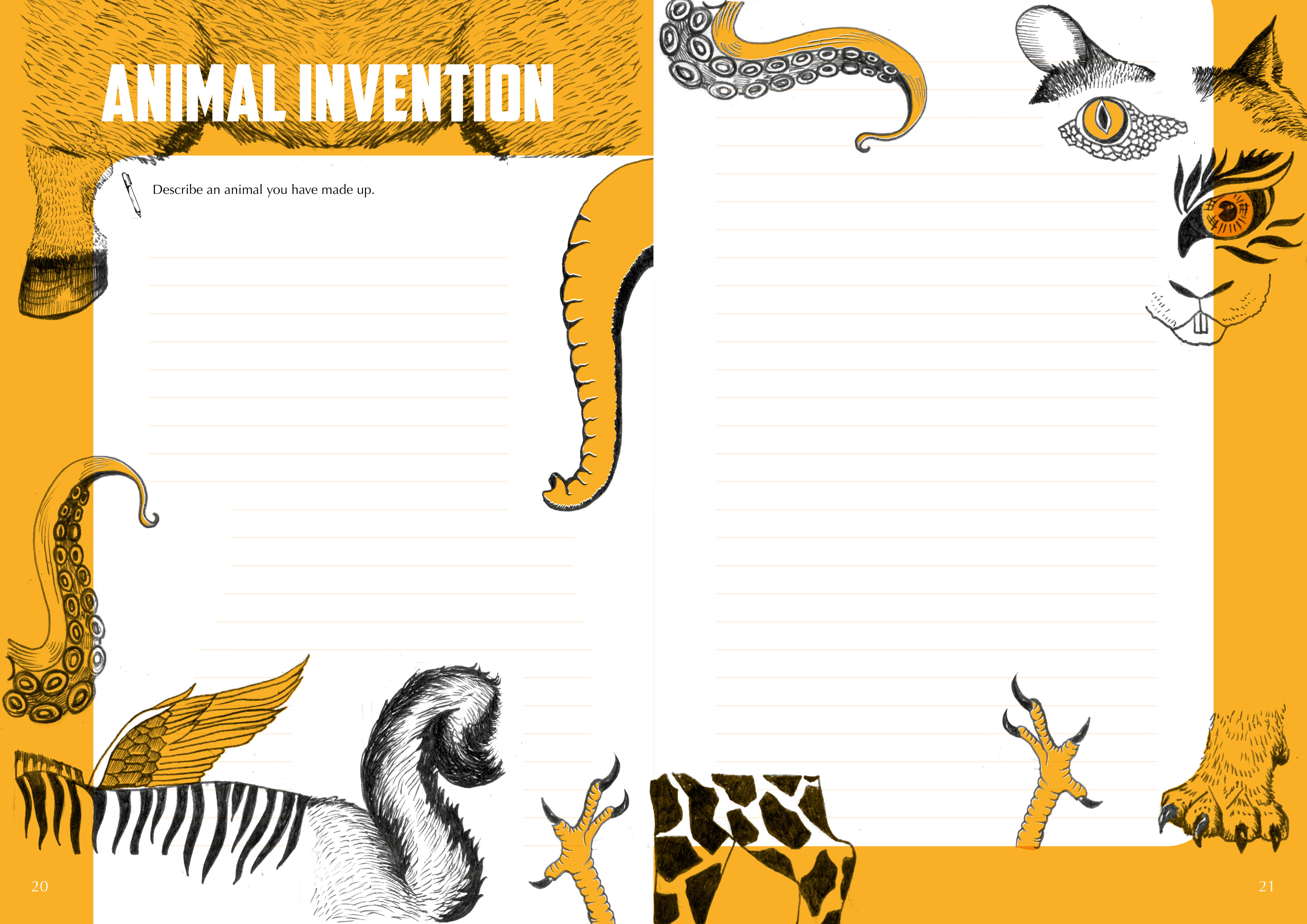 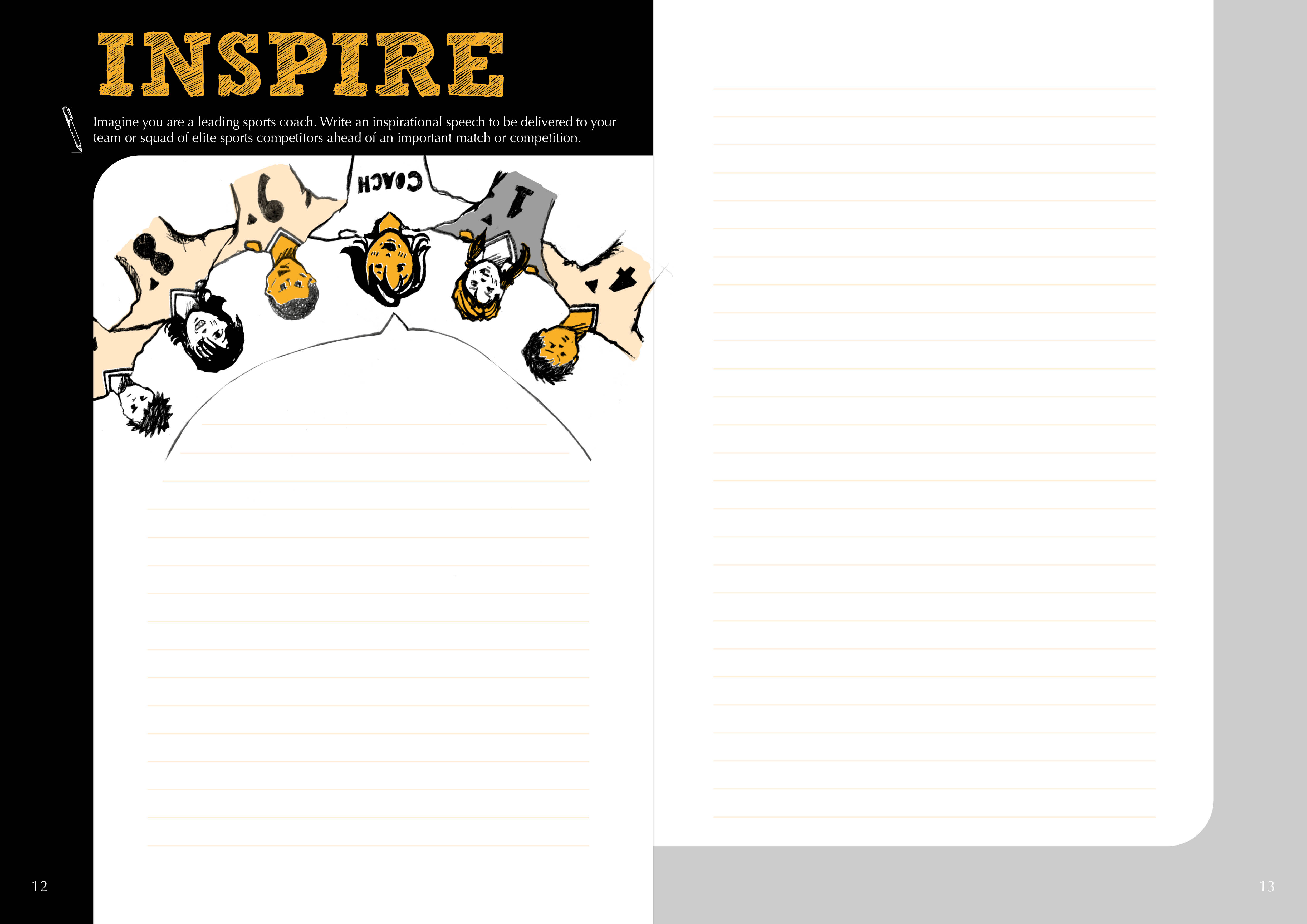 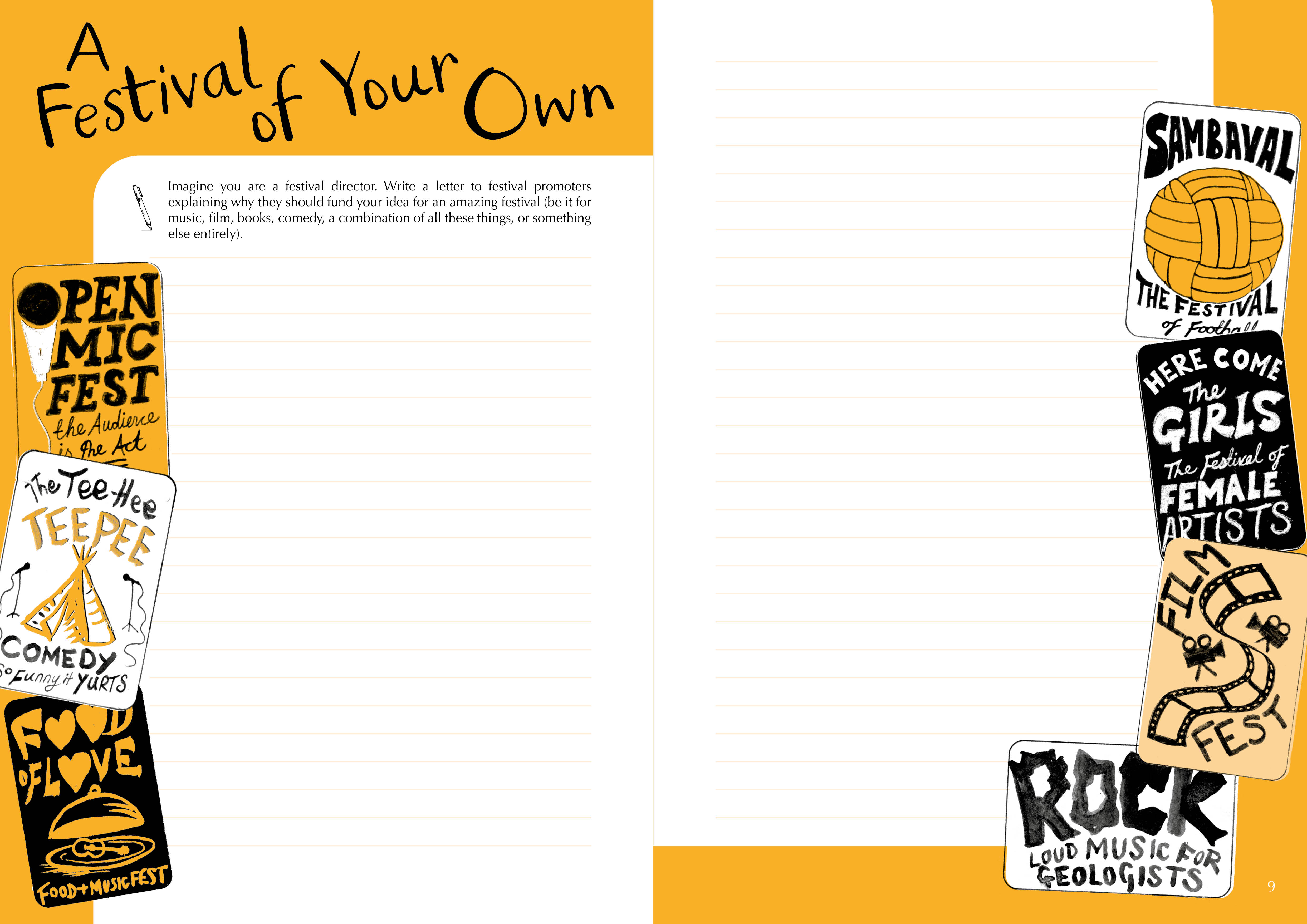 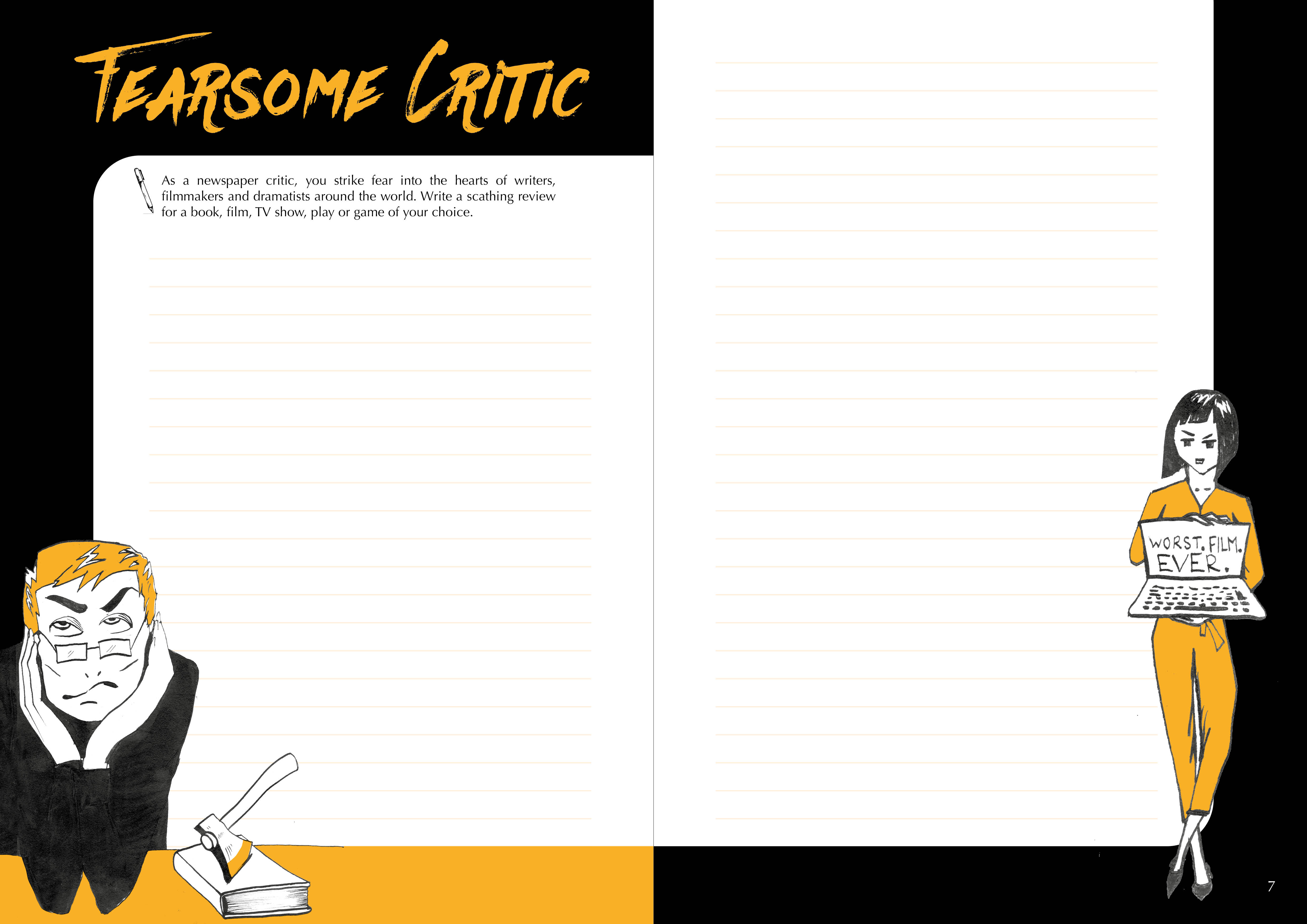 If you have already bought class sets of Just Write and would now like to buy Write On, please contact web@englishandmedia.co.uk (including your invoice or order number) for a special discount code.

We bought enough copies of this lovely book for each student in Year 7 to have one, but we've left teachers free to use it as they deem best for each class. Most teachers have designated one lesson a fortnight as a 'Just Write' lesson. Those who've done this have said that it's many students' favourite lesson of the fortnight. Teachers are using it completely freely in these lessons - giving students free rein to decide what they want to do. Some teachers are playing music in the background while students write; others have silence or quiet talking. Students love the freedom to go where their imaginations and desires lead them. The contrast with the style of teaching they've often experienced in Year 6 is quite marked, and at first I think there was a bit of a sense of, 'Can this really be true? Can we really write anything we like here?' Now it's become a well-established practice that students relish.

A few teachers have used it as a regular homework and this has worked well too. A few parents have said that they wish they could have copies of their own!

Thank you so much for this fantastic resource. It's so beautiful to look at as well as being well-planned. It's lovely to be able to give students a thing which really looks and feels like a treat, but which is great for developing their writing at the same time.

We have been using the ‘Just Write’ books with our Year 7 and Year 8 students in our library lessons and they have been brilliant. We sometimes find it quite a challenge to get students to just get writing, and mainly because they find it difficult to think of something that they are excited about, or have a passion for. The topic suggestions in ‘Just Write’ are fun and interesting and have really resonated with our students. As well as this, they have allowed for some really thought-provoking discussions after the writing process. The incredible variety of tasks has meant that all our students have been able to find something which they are eager to write about, as well as giving them the independence to choose which direction they want to take their writing. The bright, colourful and engaging layout is also such a treat for them! They have taken such pride in their work and they really look forward to adding to their own special book. Here are some of what our Year 8s had to say about the ‘Just Write’ books – our harshest critics!

'I often felt reluctant to pick up my pen and start writing, but once I start one of the tasks I feel engrossed. I think the tasks are thought provoking and enjoyable.' Year 8 student.

'The ‘Just Write’ books that we have been using in the library are great! They are really fun to use and there always seems to be something in there that would be fun to do. I am looking forward to doing more. Also the page designs are very cool and give you ideas on what to write if you are stuck.' Year 8 student.

My current creative writing class has eight boys, aged between fifteen and nineteen – hard to manage and settle but full of ideas and charm. They are a mixed ability group with a high level of additional needs. Most of them have missed out on large parts of their education: all are serving prison sentences of anything from a few months to life.

I could see that the boys were intrigued by the 'Just Write' books – drawn to them. The layout, the tasks, the colourful illustrations are immediately appealing. At first, they flicked through the pages muttering things like ‘shit’ and ‘boring’ – the expected response to anything new. I told them that the books now belonged to them and asked them to write their names on the front. They didn’t. They chatted about an adult prison and 'Love Island' and who had and hadn’t been to the gym. Then gradually, almost surreptitiously, they picked up their pens.

What is so compelling about these books is the freedom they give to be creative. By the end of the session, every boy had written something independently – a rap, a story, poetic prose. When the guards came to collect them, I shook the boys’ hands and thanked them for the session. No fights. No tantrums. No abuse. 'Love Island' almost forgotten. And eight books carefully piled up in the middle of the table – each with a name neatly (proudly) written on the front.