Blogging About English: Some Areas For Debate

Barbara Bleiman, Co-director at The English and Media Centre, considers interesting areas for debate about English as a subject. 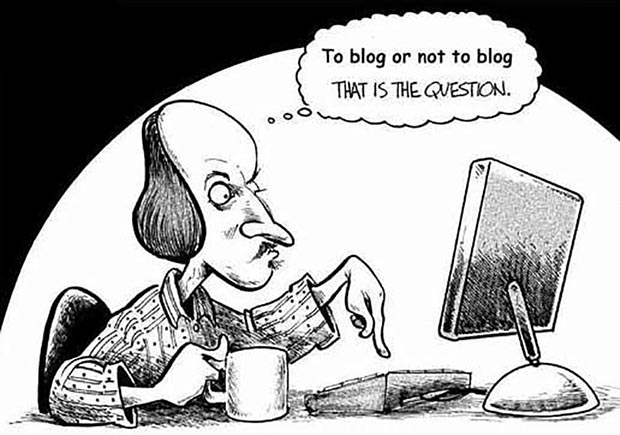 The blogosphere and twittersphere are both full of impassioned arguments and discussions around education, many of them sustained by English teachers or Headteachers with a background in English teaching. English teachers have always been at the forefront of educational debate! The bloggers do a fine job in raising educational issues. However it’s interesting to note how much of the impassioned debate focuses on broader educational questions rather than on aspects of the subject English itself. There are masses of discussions around themes that are of relevance to any teacher, not just those of English. Here are just a few of the most talked about topics:

Of these topics, only the last few address English as a subject rather than the broader, overarching issues about pedagogy, research and the way children learn.

Thinking about English as a subject

EMC blogs have chosen to take a slightly different tack, focusing more strongly on English (and Media) as subjects. Clearly English teaching rests on ideas about pedagogy, what works, notions of skills and knowledge and so forth. But there’s also a huge amount of work to be done in sharing, discussing and updating ourselves on developments in the subject itself, on the detail of what goes on in English at different levels, from primary through to H.E., rather than just focusing attention on pedagogy at a broader level.

English as a school subject is rather unusual in its hybridity. It takes on the lion’s share of teaching children how to use and respond to language (spoken and written). This is commonly called literacy nowadays but is much more than simply teaching functional competence; it’s about children developing the confidence, enthusiasm and understanding to become articulate users of language in all aspects of their lives, whether it be for practical uses, for employment, or in developing habits and modes of thinking that lead to an active cultural life. English also has a body of knowledge around literary texts – a minimum entitlement to read a wide range of texts, as defined by the National Curriculum, or the GCSE and A Level subject content. In addition, there has been, in most versions of English, an expectation that children will write for their own self-development and self-expression. This aspect of English is somewhat less to the forefront these days, though most English classrooms still involve storytelling, poetry writing and personal writing as part of the bread and butter of the subject.

Debate about what is taught in English, how it is taught and the balance between these different versions and aspects of the subject still happens on PGCE courses, when student teachers have time and space to think about the nature of the subject itself. An intense focus on the subject itself also undoubtedly still happens in some English departments, in subject associations and their conferences, on CPD courses and in MA level research projects but perhaps this subject content and knowledge focus is less obvious in the more public arenas, on blogs and other more popular networks.

Here is one example of how such discussion might be used to fuel and enrich the work of English teachers and, as a result, benefit young people in English classrooms.

What’s going on in English in the universities should be of real interest to English teachers in schools, though often there is limited contact between the two. The subject in schools is allied to its big sister and should be growing up alongside it, aware of changes and developments in the academic discipline. For the two to follow entirely separate tracks could lead to quite distinct and disconnected practices and clearly the more we know about each others’ curricula and pedagogies the better.

A new Revised Benchmarking Statements for English in the universities (the equivalent of English subject content and criteria for GCSE, or the National Curriculum for KS3) has just been published and is out for consultation. This seems like an important text for schoolteachers of English to know about; it makes fascinating reading.

Interestingly, the intended audience for the Benchmarking Statements, listed on the front page, includes ‘a prospective student thinking about studying English’. What a great thing to offer this to your A Level class as a way of gaining insight into what an English degree might involve! But even more so for English teachers in schools, policymakers and others who are engaged in defining the subject.

There are many areas of interest in the document. One is the way in which the hybridity of the subject emerges right from the start – that interrelationship between reading texts, studying language, using language and writing creatively, which are differently balanced in the various versions of an English degree. It’s also fascinating to see that a key aim of an English degree is to ‘inspire enthusiasm for the subject’ and another is to ‘provide an intellectually stimulating experience of learning and studying’. While something of this appears in the KS3 National Curriculum and in the preliminary statements in the KS4 subject content, there is an increasing sense that these ‘softer’ aims for the school English curriculum have given way to a more single-minded focus on competence and attainment, within the context of assessment regimes that largely ignore these broader aims. Teachers in English classrooms are doing their level best to keep the flame alive but the pressure of league tables and high stakes testing makes this difficult.

Equally, regional and global varieties of English and the ‘breadth of literatures in English’ are featured strongly in the Benchmarking Statements under Subject Knowledge – a far cry from the focus on Great Britain in the GCSE subject content. This throws up the inconsistencies of a KS3 curriculum which requires ‘seminal world literature’, a GCSE curriculum which prohibits it, leading on to both A Level and university English courses that celebrate diversity and breadth of literature in English. GCSE sticks out like a sore thumb!

In terms of skills and learner experience, the benchmarking statements emphasise that graduates in English will be effective researchers, able to initiate projects of their own, plan, organise and report to deadlines. They will be able to develop working relationships in teams, through constructive dialogue. They will be ‘active learners’, able to adapt, give and receive feedback, initiate and take responsibility and edit the work of their peers. Again, the foregrounding of these kinds of outcomes is very different from the changing emphases imposed by the reform of the KS3, KS4 and KS5 curriculum, where speaking and listening, teamwork, coursework and independent research have been downgraded and sidelined. In this respect, the Benchmarking Statements provide the kind of description of the subject that many English teachers in schools would recognise as having been excised, or at the very least marginalised.

If you’ve not yet seen them, it’s worth taking a look at the Statements and perhaps using them as the basis for a discussion about what’s important in English teaching, how the subject is conceived in the academy and how continuities between school English and university English might be fostered and developed, in spite of the limitations imposed by the new reforms. It would be great to see them being debated and argued over by colleagues across the educational divides, in schools as well as in H.E., to foster a more coherent view of the subject as a whole and to create a stronger voice arguing for a common educationalists’ perspective, in the face of external political pressures for a different kind of idea about what English is.

Another example – the teaching of Shakespeare in schools and universities

A second area of potential discussion about the subject English might involve a close focus on key aspects of the subject and how they are taught across phases. EMC has close contacts with many people in university departments up and down the country, through our work on our emagazine and conferences. We’ve been trying to find ways of drawing on their expertise to inform our work in schools. So, one example of this concerns the teaching of Shakespeare. We want to know more about what approaches, both theoretical and practical, are current in undergraduate studies and in research. Is it still the case, for instance, that the ‘isms’ of feminism, postcolonialism, Marxism, and historicism form a major strand of Shakespeare studies, or has there been a shift towards more linguistic or generic approaches, or towards textual history, or other angles? And what about performance and performance history? How too does the close focus work on a single play, or the generic approaches of reading within a module on tragedy or comedy, fit with what comes later in undergraduate studies? Is there anything happening in university Shakespeare that we working in the schools sector should know about?

As part of this attempt to find out more and take the dialogue further, we’ve invited Dr Emma Smith from Hertford College, Oxford, to come and talk to, and with, a group of teachers, in a twilight session at EMC. We’ll write up the most interesting ideas that emerge and share them on this blog. This is one small contribution to developing our collective knowledge about English as a subject across the phases.

RT @AndrewEMC: I agree with our preview reader - a contemporary play that works at KS3! We can't wait to release this to the world. On cour…

RT @clpe1: As part of the UK Primary #Literacy Research Collaborative, we are honoured that @Loujs @charliehacking @storyriver and @Anjalip…

To anyone using EMC study editions of Jekyll + Hyde and A Christmas Carol, make sure you download the free accompan… https://t.co/EtncLNpMUz

The knowledge that students can take from these Shakespeare resource books is phenomenal https://t.co/tYK8xW2Lrv… https://t.co/VsUsol4vjq

1000s of schools have downloaded the free accompanying resources for Iridescent Adolescent. If you've used them in… https://t.co/ASsnqDX9er

It's heartening to see sales of Iridescent Adolescent + Diverse Shorts holding up this year. Schools are still dete… https://t.co/ZH6WoJNJeZ

RT @whatSFSaid: Libraries matter now more than ever. They embody a brilliant, beautiful, radical idea that we must never stop defending. Th…

Strategies, tips and reading lists for teachers keen to get their students reading for pleasure. 2 for 1 offer on t… https://t.co/jIlVXVdvya