Barbara Bleiman argues the DfE decision to turn down the AQA submission for Creative Writing A Level (2017) is misguided and A Level student Alexia Kirov explains why it's been such a valuable subject. 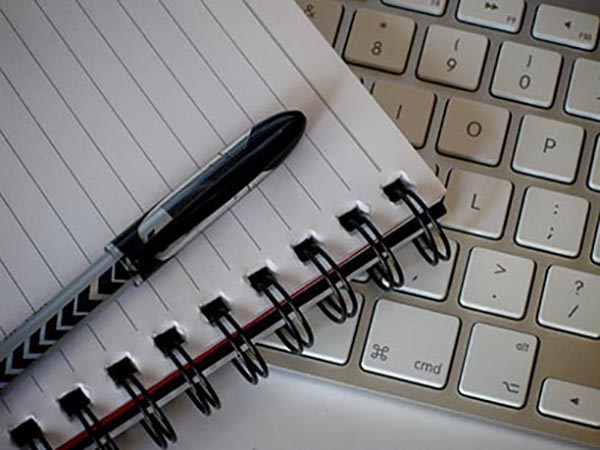 We were dismayed to hear that the DfE has decided to turn down the AQA submission for Creative Writing to continue as an AS and A Level subject from 2017 onwards. This means an abrupt end to a subject that was only introduced in September 2013, after many, many years of development and collaboration with H.E., schools and regulators. It has been flourishing in the two years of its existence. Here at EMC, we have been delighted to run CPD for teachers on this subject, have included superb articles about it in emagazine and have witnessed the energy and enthusiasm that it has generated. The DfE rationales for axing it – that it is too close to English Literature and that it is too skills-based – both fail to understand its contribution as a subject and show little respect for its growth in H.E. and the respect with which it is regarded as a valid subject for study. Students in H.E. study it at both undergraduate and post-graduate levels as a fully accepted academic discipline. The current specification, and the subject content that was submitted to the DfE, are both firmly rooted in the practices of H.E. and involve significant study of texts with a view to understanding the processes and practices of writing. Creative Writing A Level is both very different from English Literature and rich in content and analysis but the DfE seem to have been unable to understand either of these points.

As publishers of emagazine, we have recently received an unsolicited piece from a current Creative Writing student, Alexia Kirov, sharing her huge enthusiasm for the course she has been following. It is due to be published in one of this year's magazines. However, in response to the DfE decision, the editors have decided to publish it here and now, on our website. We want to make it available to demonstrate to people just how much will be lost by the loss of this subject.

One Thursday in Year 11, my classmates and I were each handed a booklet outlining the various subjects available for us to study at A Level. I was immediately excited when I saw that Creative Writing was an option. However, my initial excitement was initially dampened. And just to show off the skills I’ve learn studying the subject, here’s a short script showing what happened to lower my spirits:

An autumn afternoon. GIRL 1 and GIRL 2 are discussing A Level options.

GIRL 2: Have you even looked through it?

However, my initial dismay only lasted until my next GCSE lesson and the reminder that creative writing is a huge element in this, one of Britain’s most important academic qualifications. Therefore, surely the continued study of it at A Level makes perfect sense?

Creative Writing as an academic discipline is also well established in Higher Education; the University of East Anglia first offered its pioneering Creative Writing course over 40 years ago. Therefore, studying the subject at A Level bridges the gap between the creative tasks done at GCSE and the study of Creative Writing at degree level perfectly.

A year and a half on from choosing Creative Writing as one of my subjects and I can certainly say it’s been the best decision of my academic life. I mean this in the least uber-nerdy way possible, but as A Levels go, it’s a lot of fun. This isn’t some sort of love letter to a subject – I think the declarations of adoration should be left firmly in the capable hands of sonneteers - but if I did begin with ‘Creative Writing – How do I love thee? Let me count the ways’, I could certainly list many.

I would be lying if I said I didn’t love English Literature just as much as Creative Writing. However, becoming a better essay writer and getting an introduction to Tennessee Williams aside, in simple terms, the eventual sum of my AS English Literature coursework has been a grade on a sheet on results day. On the other hand, the poems from my Creative Writing coursework are a body of work that I can be truly proud of, that will not only stay with me but have also gone out into the world; I have had one of my poems published in the Morning Star, and read some of them at events at the Southbank and at the Stoke Newington Literary Festival. Of course, you could be studying Physics and still be writing poetry - but whilst I have always enjoyed writing, when occupied by staggering stacks of homework and other commitments, it can often be forced to take a back seat. Equally, I have found that when your homework actually is to write a poem, you are spurred on to take your writing much more seriously and become far more dedicated to writing regularly.

You might be thinking that that is simply the voice of poor organisation and procrastination talking – if you truly wanted to write you would simply make time for it. Whilst there might be some truth in that, before I took the subject, I certainly wasn’t going around showing other people what I’d been writing. The feedback from others whilst workshopping in lessons is hugely beneficial. Other people will always see things that you don’t in your own writing – both good and bad. But when they do genuinely like your work, it is always a fantastic feeling. Creative Writing A Level has also given me the opportunity to work with poets Mario Petrucci and Daljit Nagra – invaluable experience involving expert feedback and fantastic advice that I wouldn’t have otherwise gained.

Whilst English Literature has a prescribed set of texts, Creative Writing has no rigidly defined reading lists. This exposes you to a huge variety of writers, from Paul Farley to Chaucer, and a huge range of genres, from travel writing to scriptwriting. This makes you a more well-rounded reader and a better writer, revealing to you forms you may have never heard of and themes you may never have thought about before. By reading a wide variety of content, you not only find what you do enjoy, but also what you’re less keen on, as well as where your own strengths in writing lie. The openness of the specification also allows your study to be much more driven by your own interests. This is something that prepares you for degree level study, where you will be selecting modules that interest you; a benefit of this A Level that I have found in no other subject I take.

The AS exam requires you to write two non-fiction pieces - for example, from a set of journalist’s notes you will have to craft a restaurant review. Countless times when mentioning the exam format to friends, I have been met with ‘but you don’t even have to revise for that!’. No, there isn’t a great deal of revision you can do for the exam – it’s not something you can stay up all night cramming 26 pages of facts for. It’s much more a test of consistent effort and how well you’ve understood the techniques and skills used in each literary form you’ve explored throughout the year. Each question involves writing to a tight journalistic brief of 300 words. I would argue that the exam provides much better preparation for writing in the ‘real world’ of journalism than writing an essay on Frankenstein in an hour does; this A Level has a very definite practical application, surely one of the best defences of the subject there is.

By Tom Dellatoitte on 27th September 2015 By Tom Dellatoitte on 27th Sep 2015
With the move from STEM to STEAM, I would like to advocate the re-introduction of this A-Level as part of the move to STEAM. It is an Arts subject (Creative Writing) and should take its place alongside Drama and the like. To me, Literature and Creative Writing are mutually inclusive, and the sooner this barrier is knocked down the better. Surely to learn to see yourself as a 'writer' who studies other 'writers' is what we should be advocating to bring together student-centered learning and creativity across the curriculum. With the Durham Commission Report on Creativity in Education, I think it is an appropriate time to share some of the legacies of the past and bridge the divide between student writers and writers who are studied. By rdawick@me.com on 03rd May 2020
Print Share

Post written by: Barbara
Bleiman
Barbara Bleiman is co-director of the English and Media Centre.