Creativity and learning in English - they go hand in hand

This blog proudly places creativity at the heart of English teaching – and questions why some educationalists steer clear of the word, even as they recognise how great learning comes from creative practices. 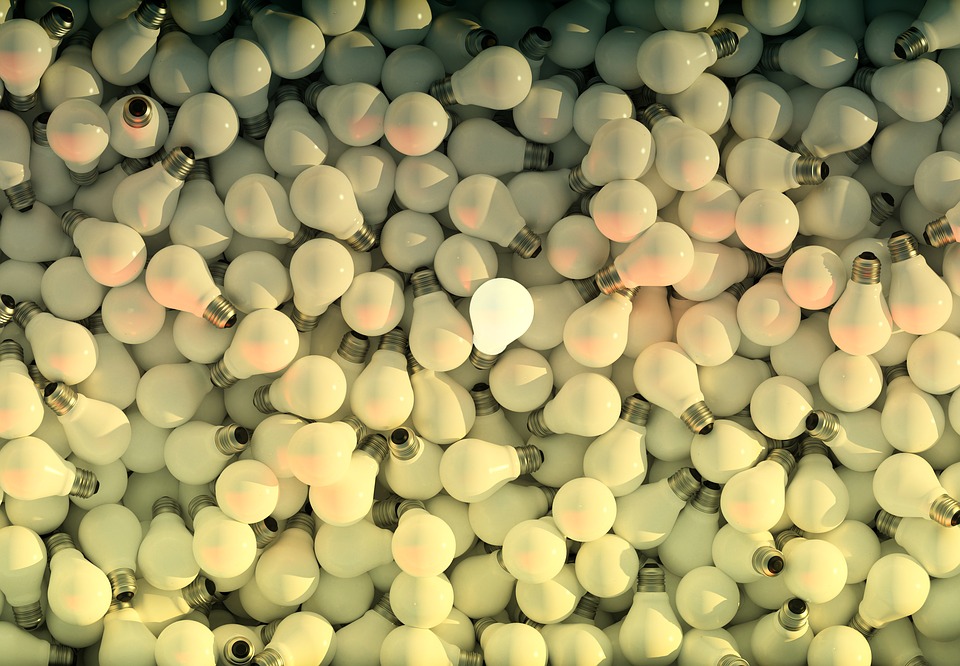 At EMC we’re unashamed fans of creative practices in the classroom. By that, we mean the following things: we value giving young people opportunities to explore language in multiple ways, both investigative and analytical, to help them develop curiosity about the way language works as well as new understandings; we want them to have opportunities to express themselves freely in forms of their choice, as well as those we require of them; we want them to be able to offer original, thoughtful responses to texts; and we want them to be inspired by the creative writing that they read.

We believe that, despite the bad press in some quarters, creativity is a useful word to describe both how we act on language and how language acts on us. Through using language creatively, we can transform our worlds; and through being exposed to creative language our own worlds can be transformed.

Language and language learning is not just about creativity, of course; one of the key aspects of our subject for students to grasp is that often it is necessary to use language within particular constraints. But even working within constraints can be highly creative. For example, it is a real challenge to write in an established genre in ways that make it fresh and exciting.

Given our openness to the creative possibilities of language and learning we can sometimes be a little resistant to books with decidedly uncreative titles (though, I must add, that one of my favourite books in recent years is called Uncreative Writing). There’s been a rash of them in recent years. What I find interesting, though, is that lurking behind the titles are learning strategies that I would more than happily label as creative. They are the kinds of things we’ve been using at EMC for decades.

One such title is Make It Stick: The Science of Successful Learning (Brown, Roediger and McDaniel). It conjures up images of learning by rote and blunt drilling. But a reading of the first chapter reveals that its authors are actively against such approaches, pointing out that,

Belief in the power of rereading, intentionality, and repetition is pervasive, but the truth is you usually can’t embed something in memory simply by repeating it over and over.

Instead, they offer a series of strategies typical of the kinds of creative practices that have been used successfully in English for many years. Here are a few, followed by my commentaries about what they might look like in the English classroom.

Trying to solve a problem before being taught the solution leads to better learning, even when errors are made in the attempt.

Was there ever a better justification for encouraging students to engage with texts themselves before the teacher offers some ideas and direction of their own? This fits in exactly with what we filmed happening when Year 7 students engaged with difficult poetry with relatively little teacher intervention and guidance. (We’ve written about the need for judicious teacher intervention elsewhere but sometimes, students left to their own devices for a period can make stunning strides forward in their thinking.) It also suggests the value of speculation and prediction.

Unsuccessful attempts to solve a problem encourage deep processing of the answer when it is later supplied, creating fertile ground for its encoding, in a way that simply reading the answer cannot.

This links to the previous commentary. It suggests that teachers can be confident about giving students plenty of time and space to grapple with a text themselves before providing them with additional input should they need it. For example, if students are engaged with a poem, even if they are initially a little off-beam at first about what it means, the process of grappling with the text and then batting about ideas with input from their teacher will make them more likely not only to remember its salient points in the long run but also to have greater confidence in dealing with difficult texts in the future.

If you practise elaboration, there’s no known limit to how much you can learn. Elaboration is the process of giving new material meaning by expressing it in your own words and connecting it with what you already know. The more you can explain about the way your new learning relates to your prior knowledge, the stronger your grasp of the new learning will be, and the more connections you create that will help you remember it later.

Here is a clear justification for giving students an element of freedom in how they express their ideas about texts. It echoes much of the thinking of educationalists like Douglas Barnes and Arthur Applebee, who show how active use of knowledge helps to consolidate it and restructure one’s thinking.Transformative writing, keeping a journal, personal response, role-play: all would seem to be central to learning about and remembering texts. If there is one clear message to take away from this it is that requiring students to respond in formulaic ways again and again will limit their learning and understanding. Time to let go of P.E.E?

One of the most striking research findings is the power of active retrieval – testing – to strengthen memory, and that the more effortful the retrieval, the stronger the benefit.

This one may seem to go against the grain of what I’m saying, but …

While any kind of retrieval practice generally benefits learning, the implication seems to be that where more cognitive effort is required for retrieval, greater retention results

This gives permission for teachers to be more creative in how they assess and embed what students have learned, rather than just drilling and testing in rote fashion. When working with texts, it means that simple tests for factual recall are less effective than activities that require students to pull out important elements of a text from memory, to work on it in some way, join it with other aspects of the text, and so on. It doesn’t mean having to write in the style of a critical essay all the time, either. It suggests once again the efficacy of strategies such as role play, interviewing the writer, ‘just a minute’ games and transformative writing. Put simply, if I’m required to draw on a whole section of Great Expectations to respond to questions in the voice of Charles Dickens, the information I retrieve is more likely to stick than if I simply had to prove I had learned a series of factual points about that section, or could parrot what my teacher had told me.

Write to learn [is a process whereby] students reflect on a recent class topic in a brief writing assignment, where they may express the main ideas in their own words and relate them to other concepts covered in class, or perhaps outside class. … The learning benefits from the various cognitive activities that are engaged during reflection (retrieval, elaboration, generation) have been well established through empirical studies.

We’re back here to keeping a journal, writing personal responses, role-play, transformative writing, and so on. Using writing as a way of thinking, for its own sake and not for assessment, pays dividends both in terms of students’ writing and their ability to think their way into an essay question.

I’ve related most of these points to textual study, arguing that creative responses help students better to remember and understand their reading. Of course, English isn’t just about textual response. It’s also about developing wider linguistic capabilities, primarily involving writing. The same logic applies, though. In exploring language in multiple ways, in not always being set the parameters within which they must respond, and in being encouraged to be playful and creative, students are more likely to learn to use language effectively and authentically, be it in formal or informal situations.

In reading Make It Stick I was pleasantly surprised to find plenty of ‘evidence’ to back up the way we do things at EMC. The question to ask, I guess, is why such a Gradgrindian title for a book that is full of creative ideas? It speaks of a culture where we’ve become timid about heralding some of the strategies that make learning genuinely effective, interesting and worthwhile. It also suggests a desire in some quarters to treat education as a problem that can objectively be solved; hence the word ‘science’ in the title, when what’s offered isn’t really scientific at all. Maybe we could suggest a new title: Make It Stick – the creativity of successful learning!

We’re doing our best at EMC to challenge that culture. It’s why we’ve designed a series of revision materials that encourage students to explore their own ideas and learning about texts rather than simply imposing someone else’s ideas on them. Last year we brought out revision resource packs for Jekyll and Hyde, Christmas Carol and Sign of the Four, and for English Language, with all awarding bodies covered (see side bar for links).  Those following the AQA syllabus should look out for ‘Revision-in-Action’ workbooks for both poetry clusters soon. We’re also repeating last year’s successful revision course for GCSE Language and Literature. The next scheduled course is on 27th November.

So refreshing to read this piece Andrew. What you say resonates with me - especially your point about current fears of using the word ‘creativity’. Any strategies that move away from formulaic approaches (which we do tend to become slaves to in these high stakes/examination-driven times) are very reassuring. I will certainly take a look at ‘Make it Stick’. Thank you for the summary and for allaying some of my fears of formulaic overkill. By Jacqueline Thomas on 15th Nov 2017
Thanks for your comment Jacqueline! Make It Stick is worth a read, but it's for a general rather than English specific audience - so I wouldn't spend too much time on it. By Andrew McCallum on 16th Nov 2017
Print Share