EMC Let Them Loose! for National Writing Day had a fantastic take-up from schools. The work produced tells us a lot about what, how and why young people write. 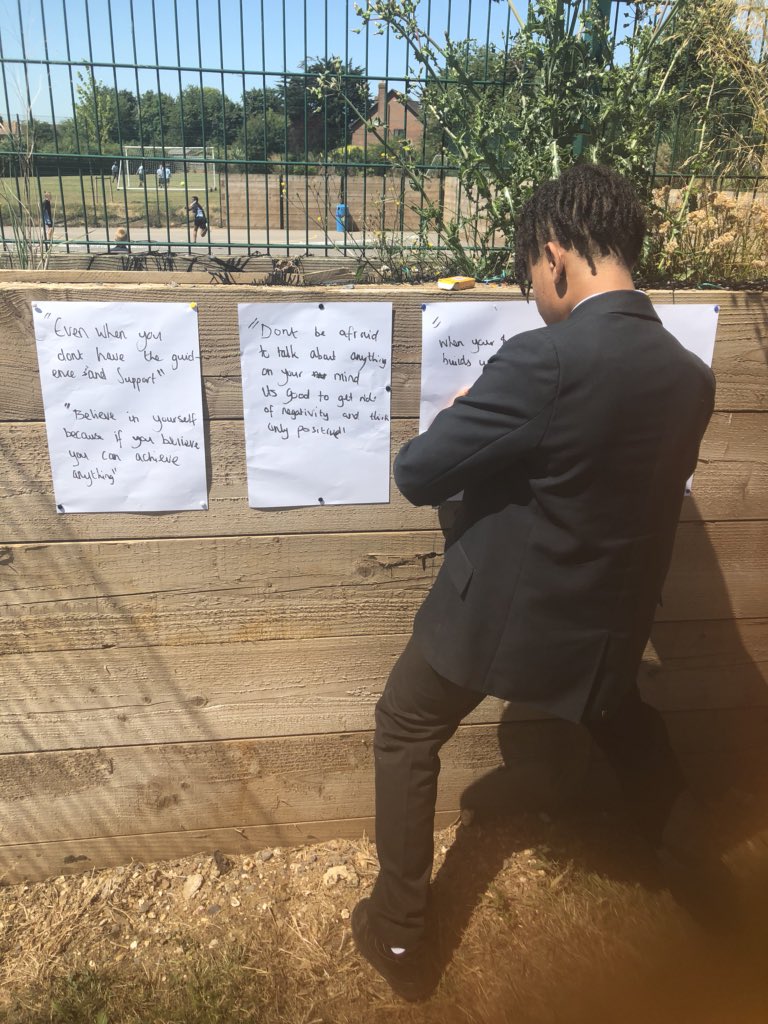 Students had a fab time writing whatever they wanted!

These pieces of work are fantastic!

What an amazing batch of work!

We’ve all enjoyed the freedom of telling our own stories.

Dozens of schools tweeted on National Writing Day using #EMCLetThemLoose2018. Many other schools almost certainly took part, either without tweeting, or using the National Writing Day ‘I feel free when…’ prompt, or doing EMCLetThemLoose2018 alongside a range of other activities, such as working with a poet or children’s author for the day. The event went far and wide. The British School in Panama tweeted about their involvement, and amazingly, the fresh out of the egg, newly hatched writers of Banks Lane Infants shared some of their writing! One lucky class were let loose in Shakespeare’s own classroom in Stratford-upon-Avon. 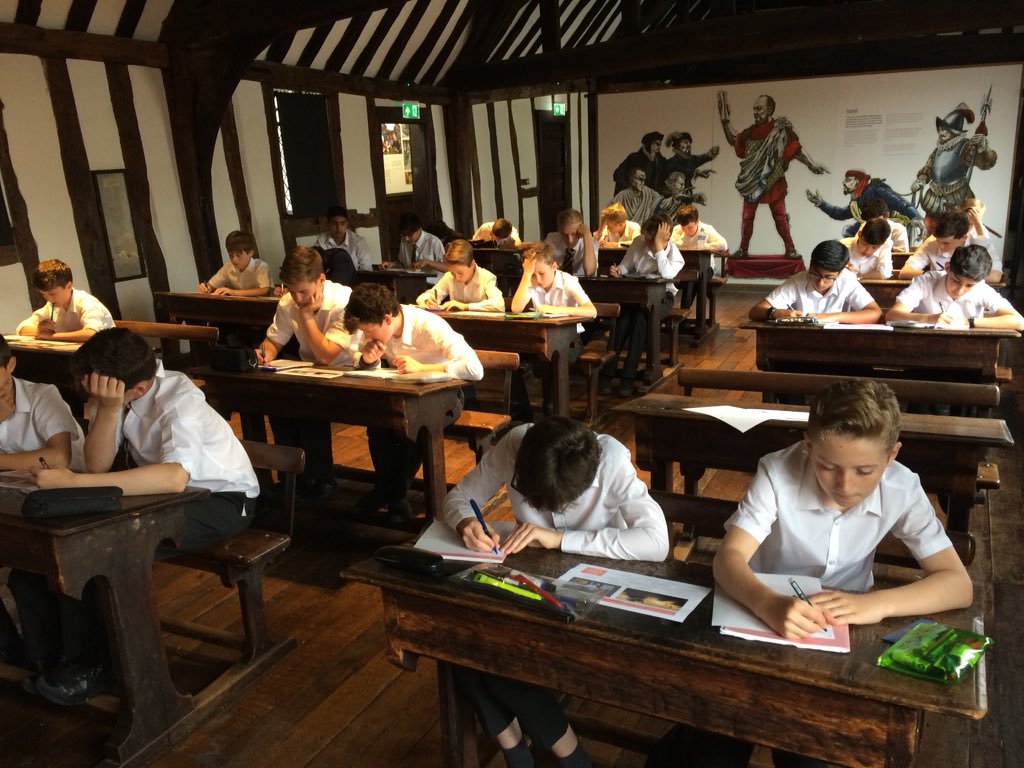 Like last year, we watched the unfolding stories of the day, the tweets of student writing, the photographs that were shared, the accounts of what had happened, with a sense of wonderment and joy, that was clearly matched by that of the teachers who decided to offer it to their classes. The students took to it like ducks to water. There seemed to be little need to persuade them to write and the chance to pick a prompt that they were drawn to, or an image that interested them, or just to determine for themselves what they wanted to write about, was a spark for the most incredible range of writing. There was everything from science fiction, to life writing, poems, songs and raps to graphic novels, film reviews, rants, playscripts, short stories, descriptions, and powerful, urgent comment pieces on issues that they wanted to speak out about. There were some bits of writing that defied categorisation. Some students at Mayfield School (and elsewhere) wrote in home languages, some also wrote translations to go with this, sharing with classmates their writing in another language, possibly for the first time.

The writing happened in lots of different places and in different formats – in playgrounds, on the grass, at desks, on the classroom floor, on paper, word processed, on sugar paper, posted up on fences in the playground. The ICT department at St Michaels, High Wycombe, was roped in and students wrote in html and in the same school, all the teachers wrote an emailed line or two of poetry that formed a whole staff poem. One member of staff at Sackville school was given a visual prompt for writing by a student and took up the challenge with gusto, writing alongside his students and sharing his work in the same document. 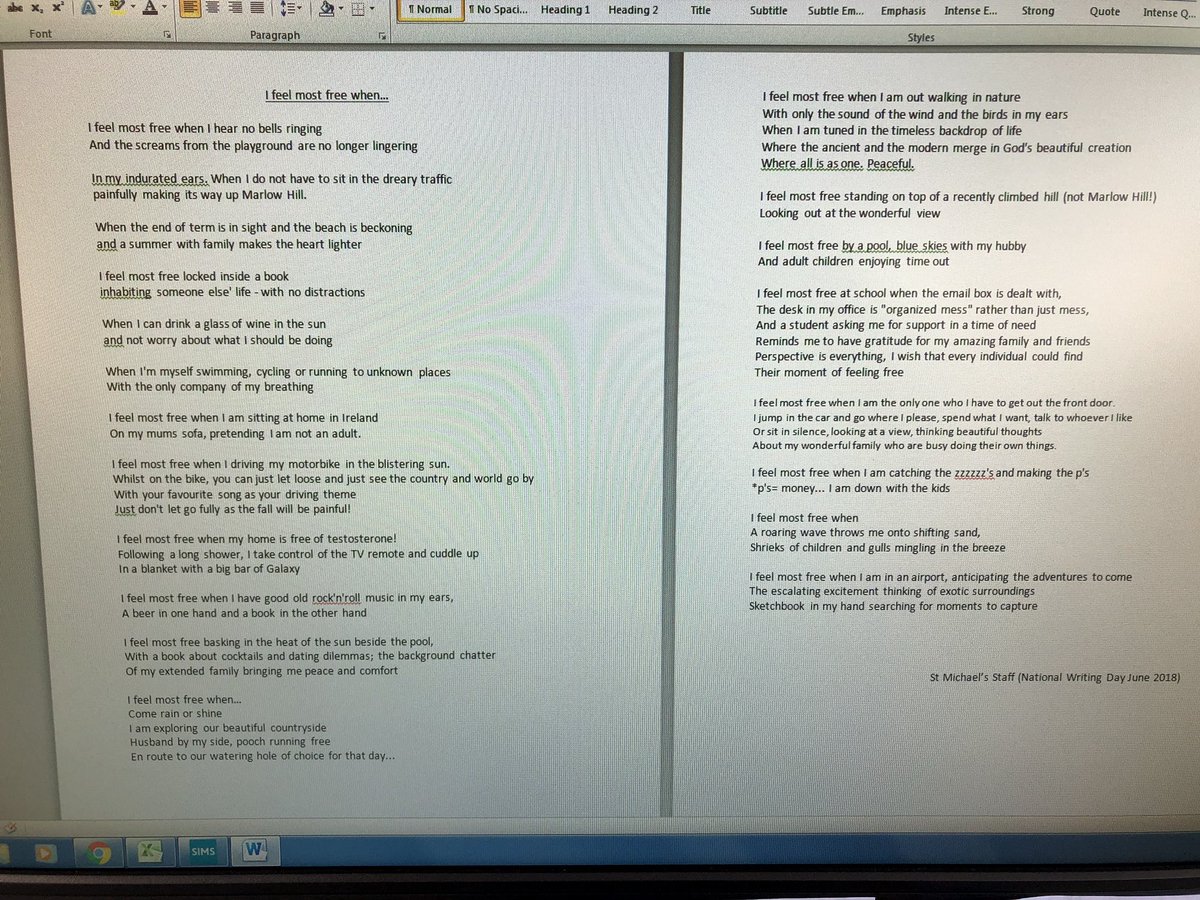 Reading the pieces gave us a fantastic insight into what interests this current cohort of students –  what matters to them, what literary, cultural and linguistic styles they are drawn to and want to test out for themselves, what textual influences they are making use of and what they want to use writing to do, if given the freedom to do it in ways they choose. Some actually used the act of writing to question whether they were themselves writers and what it meant to be a writer, in one case being replied to by a published author assuring him that he was, indeed, a writer. Others revealed private hurts and wounds, using their writing as a way of exploring that grief and sharing it with classmates, sometimes for the first time. Others revelled in the chance to be silly, witty, satirical, clever, working both outside of genres or within genres that they were clearly well versed in – science fiction, fantasy, gothic horror. One thing they were rarely doing was writing for assessment, for a possible examiner, trying to impress someone else or feeling under pressure to perform. That was very obvious from much of the writing. The students were pleasing themselves, writing for themselves or for each other. In amongst it all, there was some brilliant writing which had very little ‘peacocking’ of linguistic ability and no ticking off of required elements – no forced fronted adverbials, no showy vocabulary, just a strong, authentic voice. Noticeable was the number of students whose language was genuinely fresh and original, for instance the description of Grenfell Tower that never mentions it by name but describes ‘it’ as ‘a burnt match box in the sky’. A particular favourite of mine – and of others on Twitter – was the piece by Jack, from Hellesdon High, who brilliantly sustained a metaphor of getting a car started to describe getting going on his own writing, with lovely little visual images of spark plugs, gear boxes, wrenches, warning lights, timing belts and more, peppering the lines. (Eat your heart out Brian Bilston!). Equally, there were some wonderful pieces that took as their starting-point a snippet of poetry offered in the EMC prompts. ‘Let us go then you and I’ was beautifully handled as a repeated refrain by a student at Cardinal Pole School and the Driffield student who chose the snippet ‘Think of a sheep/knitting a sweater’ used it to create a superb, witty fantasy story of goblins and centaurs, full of laugh out loud lines. 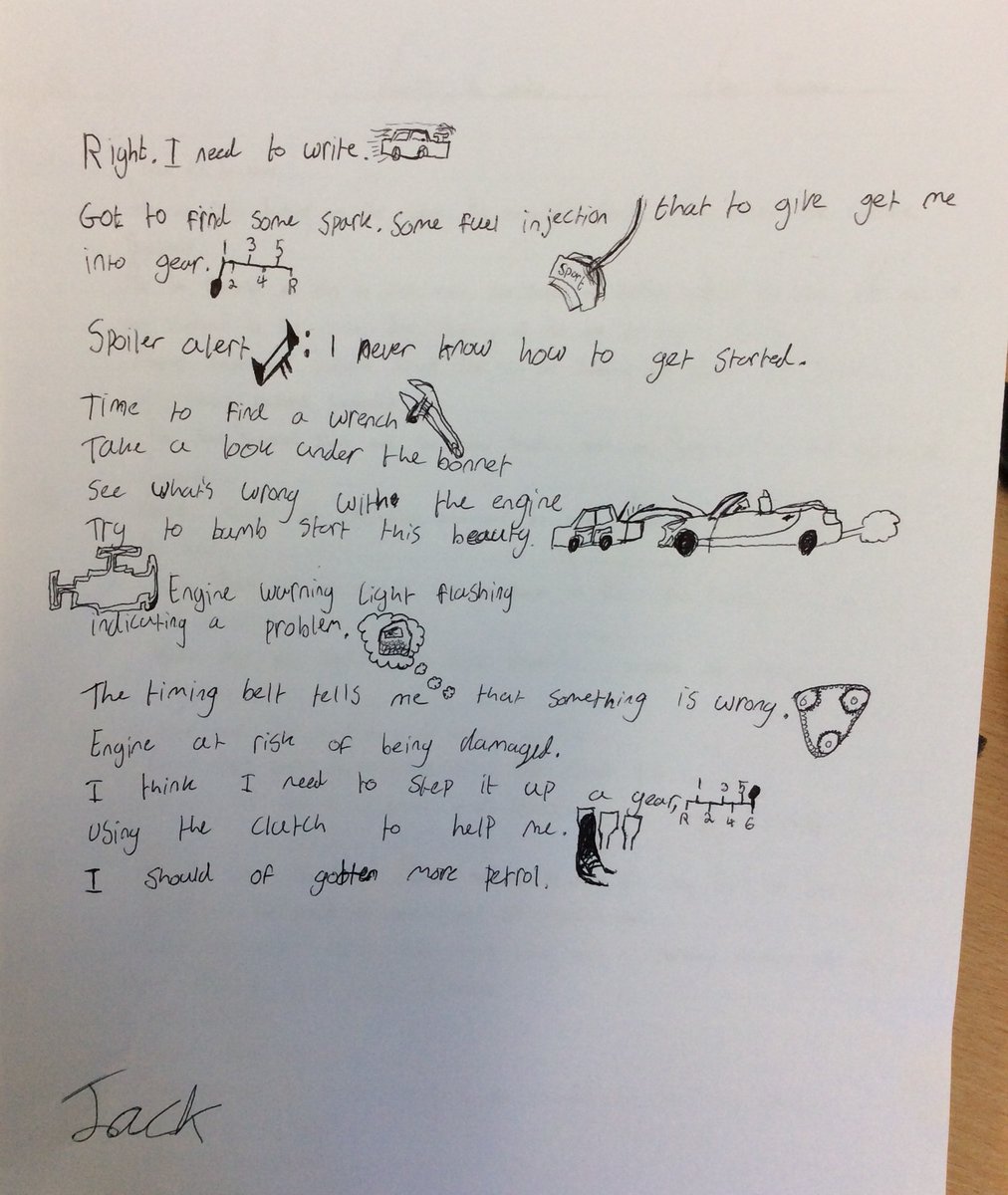 The writing was obviously great for the students but also very revealing to us (and no doubt the teachers too), in what it could tell us about them. When left to their own devices would they plump for easy options, safe bets, undemanding angles, the least challenging tasks? Would they write as little as possible? Would they be stumped and have nothing to say. No. Definitely not. They wrote loads, thought hard, rose to the challenge. It’s a salutary reminder that children aren’t just empty vessels to be filled. They don’t have blank cultural or intellectual lives. They aren’t to be viewed through a lens that sees them in terms of deficits. There were many instances of children revealing hidden depths, like the girl who revealed that she had 72 poems that she had written in the ‘Notes’ of her mobile phone. ‘Let Them Loose’ was the first time that she let her teacher know about these.

We’ve included some of the lovely images shared on Twitter in this blog – pictures of pupils intensely and pleasurably focused on writing. We’ve also picked just a few pieces of writing to share. That’s not because we did a judging process, nor because we want to say that these are better than the rest. This wasn’t a competition, a test, or a process of gaining approval. They just give a good flavour of the sort of writing we saw. Many other students wrote just as interestingly and just as well!  We hope you’ll enjoy browsing through them and consider offering some open writing activities to students throughout the year, as well as putting in your diary the date for National Writing Day 2019, when we’ll be offering another set of ideas for EMCLetThemLoose.

What one teacher said about EMC Let Them Loose!

Some really brilliant things happened in lessons – from unprompted, moving words of poetry found in one girl’s Notes section on her phone to a rap about fried chicken, my pupils really surprised me with their originality and often really topical and insightful writing. There are a large number of EAL pupils at my school who would not have been able to write creatively using English, so I encouraged them to write in their home languages. One boy – only recently having moved to the UK - wrote in Portuguese about his best friend back home while another wrote the same version of a piece of writing about his Dad in both Polish and English. 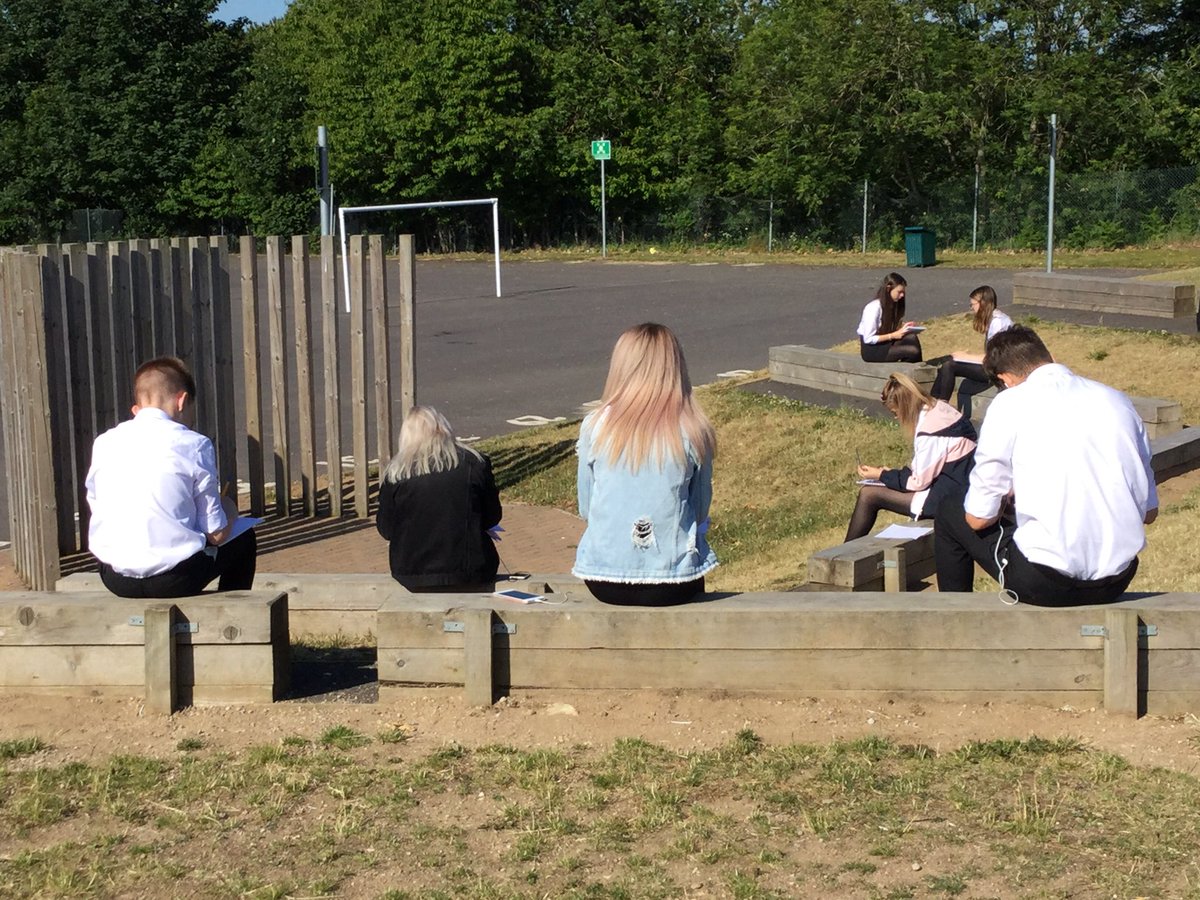 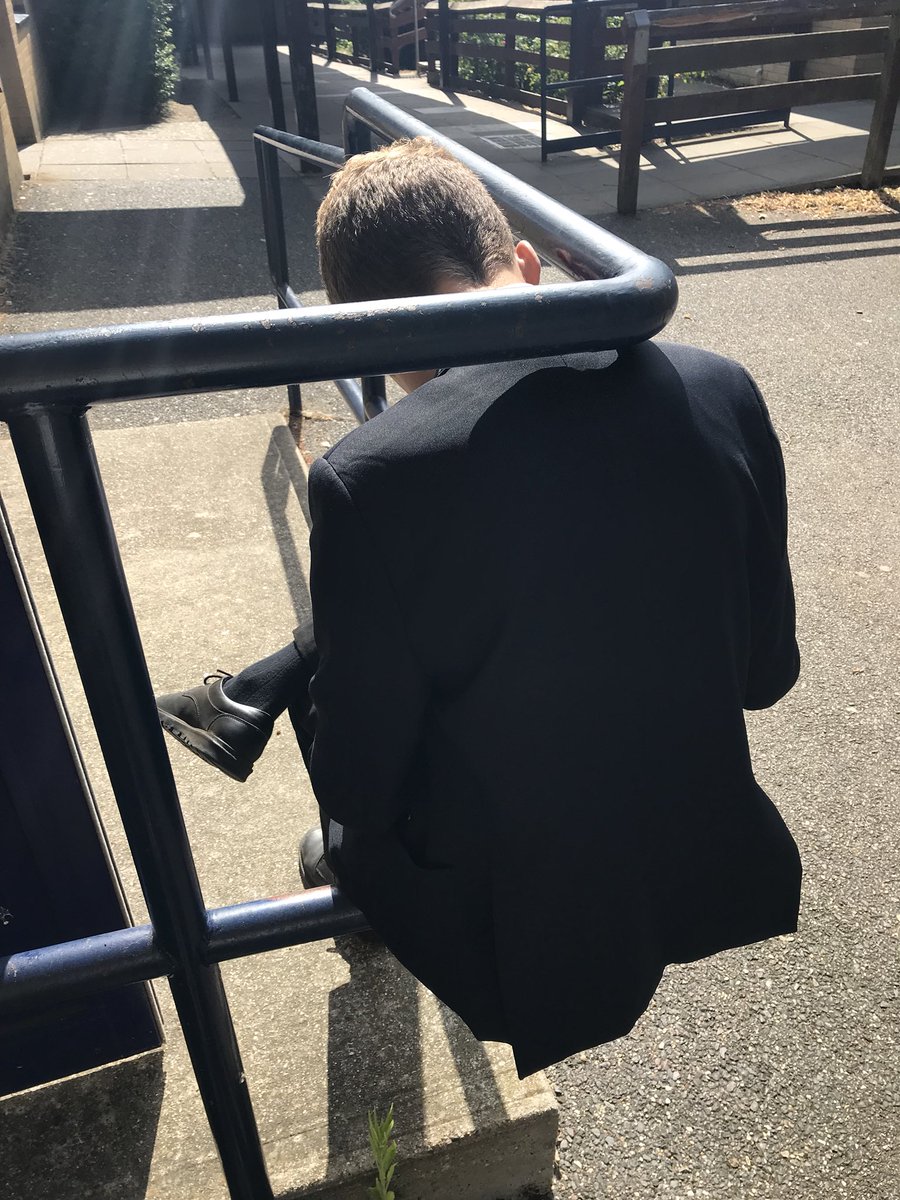 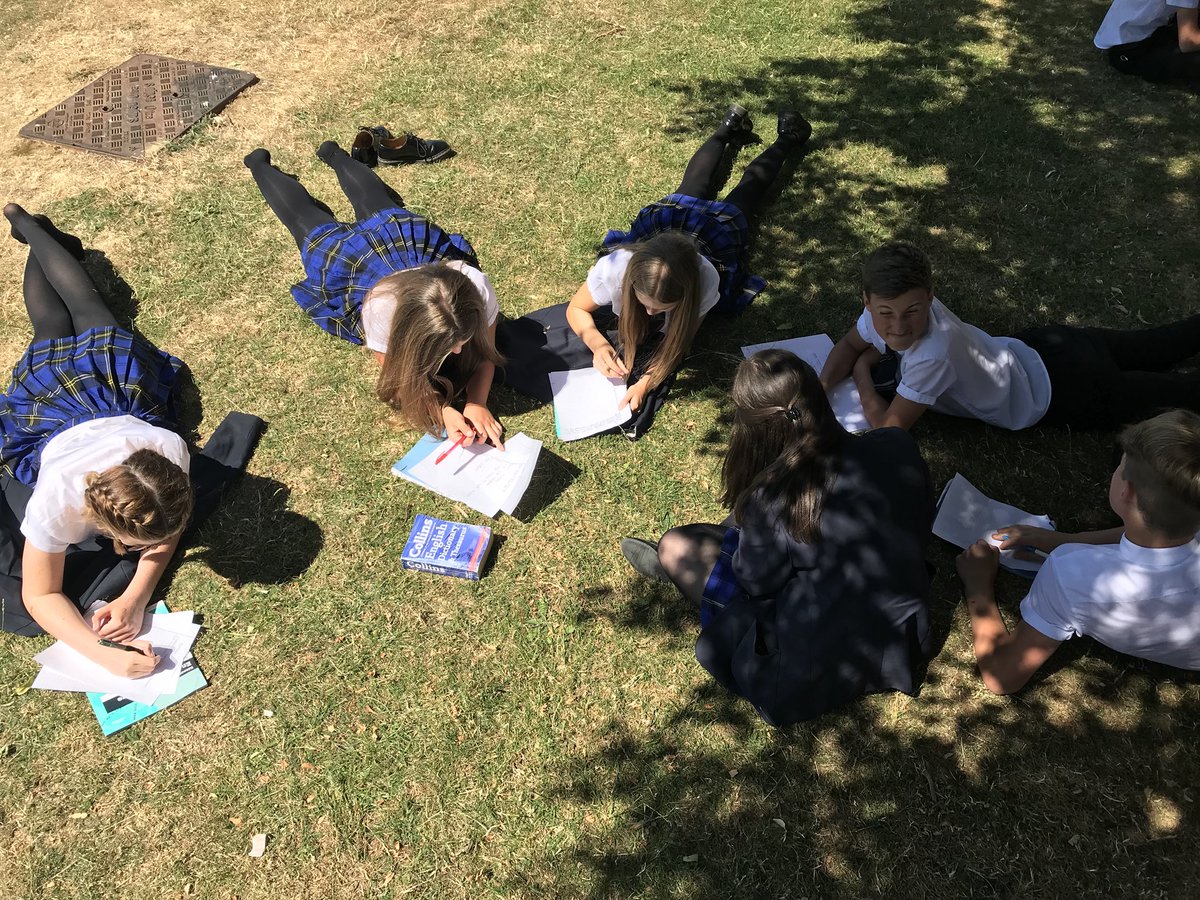 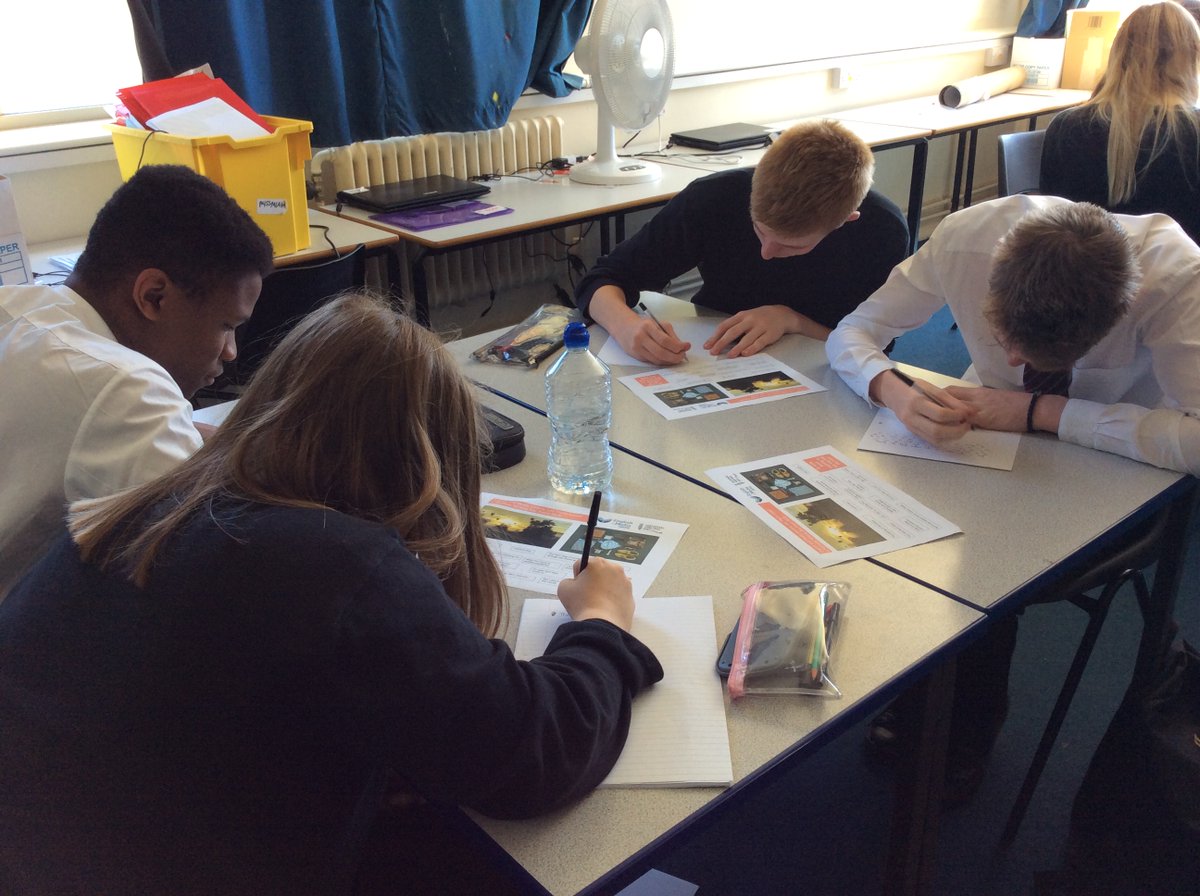 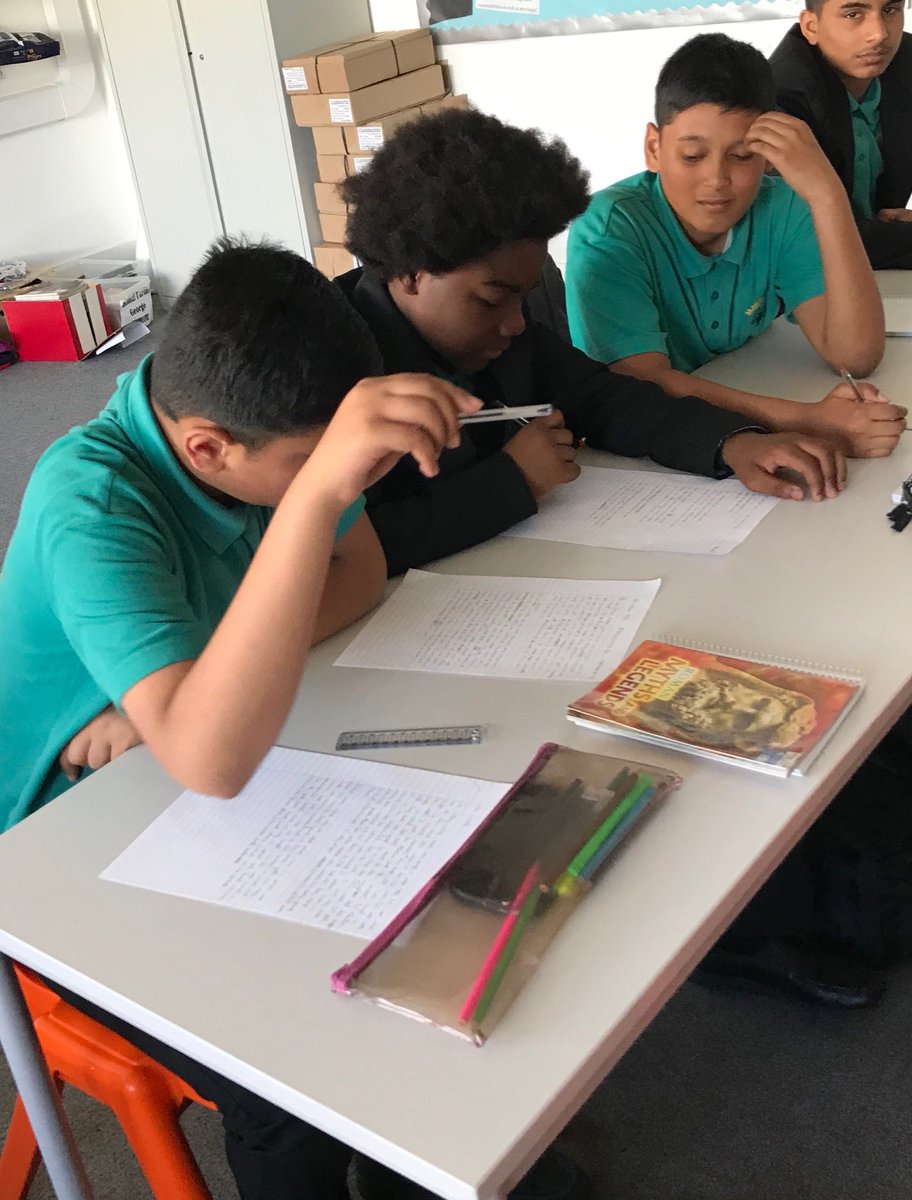 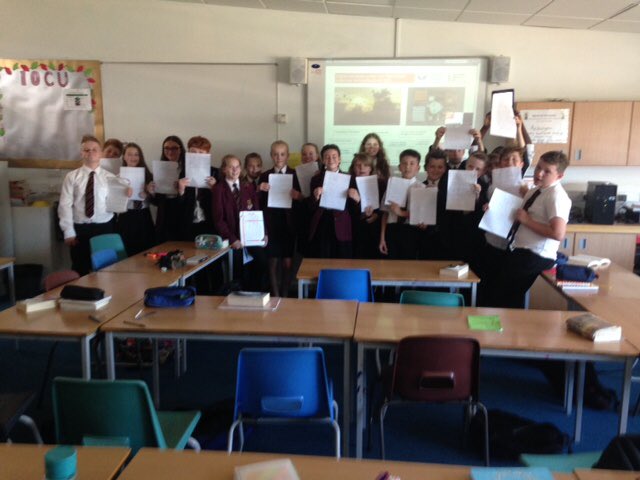 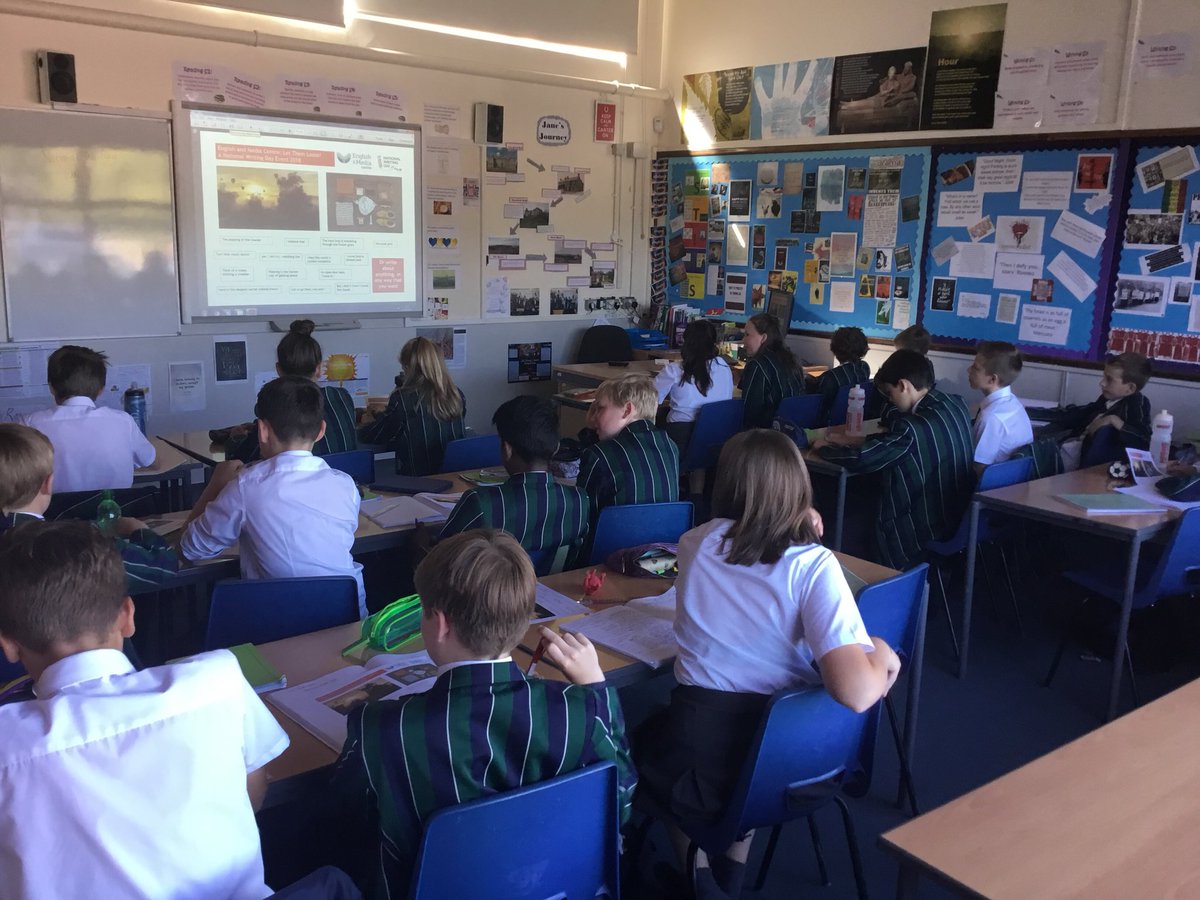 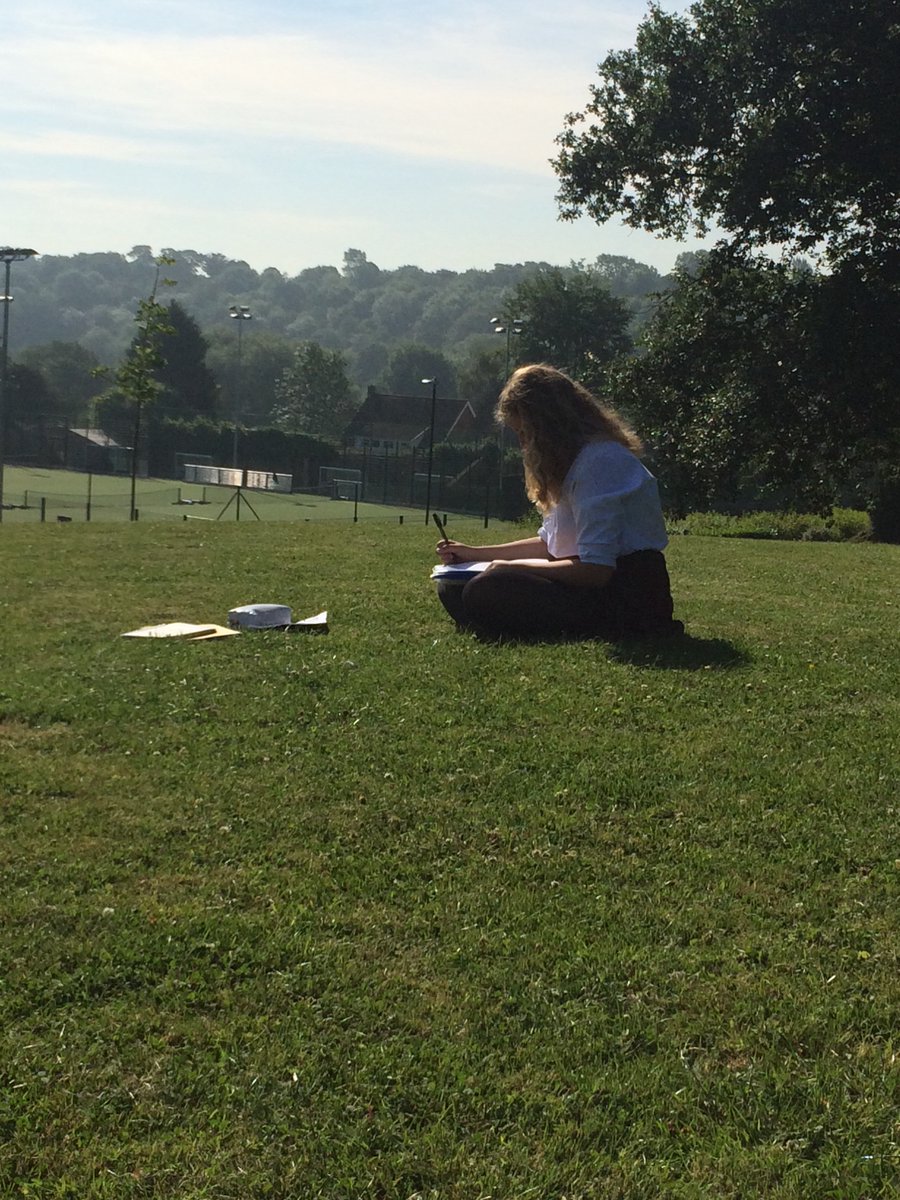