How to Teach Vocabulary Acquisition

Here at EMC we have been discussing vocabulary acquisition recently - why it matters, what it means, what the research and our own teaching experience suggests is the best way to teach it - and thought it might be useful to share what we think we know. 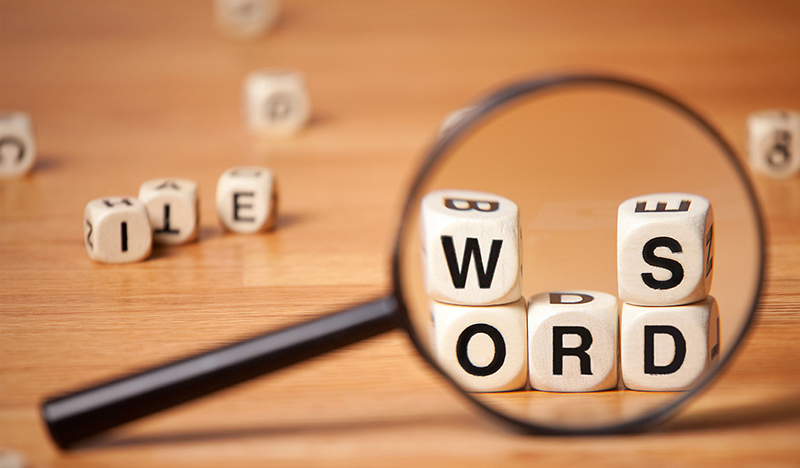 It seems like a no-brainer. Teach students more sophisticated vocabulary and we can narrow the gap between the ‘word poor’ and ‘word rich’. All students’ comprehension of difficult texts will improve and their writing will become more sophisticated, as described at grade 8 for GCSE, where one of the writing bullet points requires students to ‘use a wide range of …precise vocabulary to enhance impact’.

Perhaps we should come up with some really great word lists and teach them to our students? They could learn definitions and have spelling tests. Is that the best way?

Texts which use vocabulary in playful and unusual ways (the kind we love to study in English) demonstrate why there is no simple link between acquiring vocabulary and understanding what you read. Try putting either an extract from ‘The Waste Land’ or a punning headline through Google translate for an immediate demonstration of the problem. A notorious Sun headline about Dave Lee Travis’ trial announced ‘Hairy Cornflake Faces Porridge’. You can see that even if all the words were translated into French (‘cornflake poilue fait face à la bouillie’) a French speaker would be none-the-wiser.

It’s perhaps useful to remember that words are signs – unless students engage with the concepts behind the signs a large vocabulary is not much use. Stahl and Kapinus (2001) state that ‘When children ‘know’ a word, they not only know the word’s definition and its logical relationship with other words, they also know how the word functions in different contexts.’ This is the kind of rich word knowledge that will improve reading, rather than the kind that results from learning word lists and definitions.

When you look at the writing students do after some intense vocabulary instruction of the word list kind it does, superficially, look more sophisticated. However, dig a little deeper and the results look similar to the kind of writing you get when students have been over-using a thesaurus. For example, you can say that Iago is ‘mendacious, deceitful and dishonest’ (listing several words that mean the same thing is a symptom of thesaurusitis) instead of saying that he tells lies, but that doesn’t make what you are saying about the character more sophisticated.

In creative writing, a word list/thesaurus approach to vocabulary does not encourage students to consider the impact on the reader, only the virtuosity of the writer. Shortly after my own child had been in a lesson where they were being encouraged to write a story using as many different words for ‘said’ as possible, I came across Elmore Leonard’s 10 rules for writing. Number 3 is:

‘Never use a verb other than ‘said’ to carry dialogue. The line of dialogue belongs to the character; the verb is the writer sticking his nose in. But said is far less intrusive than grumbled, gasped, cautioned, lied. I once noticed Mary McCarthy ending a line of dialogue with ''she asseverated,'' and had to stop reading to get the dictionary.’

So if learning word lists and definitions isn’t a particularly helpful approach, what can teachers do to help their students to broaden their vocabulary?

The assumption used to be that the best way to get students to acquire a wider vocabulary was to get them to read widely. For many students, a lot of the time, that is certainly true. Research supports the idea that reading volume is very important in terms of long-term vocabulary development. It seems that students who read well continue to increase their vocabulary through their reading, particularly their acquisition of rarer words, which are less likely to be used in speech.

However, for this to happen, there are some prerequisites. Firstly, students have to be reading enough texts with the right level of challenge so that they are regularly encountering unfamiliar words. Students who struggle with reading read less, encounter fewer unfamiliar words, and so on. We also know plenty of students who do not challenge themselves with their reading. Secondly, students need the skills to infer meaning from these unfamiliar words. Unfortunately, the least able readers tend to be those who have fewer skills for inferring meaning and these are often the very same students with the most need to acquire a wider vocabulary. Thirdly, students need multiple encounters with a word for it to stick.

As for EAL students, they tend to pick up enough vocabulary to function well in everyday interactions within about a year of arrival, but academic vocabulary is much harder to acquire because it is encountered less often.

So, a more direct and planned approach compliments and improves on ‘just read more’, particularly for EAL and less able students, and there is a lot a teacher can do…

1.    Have rich discussions around texts

Several studies have shown that rich discussions around texts improve vocabulary acquisition, even when students don’t spend time formally learning definitions as part of the lesson. Discussion seems to be effective because it allows for: opportunities for repeated exposure to the new word; modelling of correct usage and pronunciation; the opportunity to ask for clarification if needed; tone and body language clues; the opportunity to try a word for themselves in a low risk context where they will get prompt feedback about whether they are using it correctly.

It’s easy to be daunted by the task. Even if your students learned a new word a day, this would not make up the vocabulary gap between the word rich and the word poor by the time they get to secondary school. However, the more words a person knows and the more they understand how words work, the easier it is to guess, learn or remember the next new one. Help your students to become curious about words and to acquire the skills to build their own vocabulary, independently.  For example: model how you use contextual clues and prior knowledge; get students making word maps and word families to show how words connect; teach students to look for suffixes and prefixes and links to words they already know; read the stories behind words (try David Crystal’s The Story of English in 100 Words). Get students to have fun inventing new words or a new language using what they know.

3.    Make a deliberate choice about which words to target

The opening sentence of Strange Case of Dr Jekyll and Mr Hyde contains at least four words that are likely to be unfamiliar to the average GCSE student: ‘Mr. Utterson the lawyer was a man of a rugged countenance that was never lighted by a smile; cold, scanty and embarrassed in discourse; backward in sentiment; lean, long, dusty, dreary and yet somehow lovable’. How tedious and unproductive would it be for students to be given the instruction ‘as you read, look up all the words you don’t know’ while reading this text? Instead, equip students to make sensible choices about what to do when they come up against an unfamiliar word. When might you be able to make an educated guess using what you know about other similar words, or working it out from the context (‘countenance’, ‘sentiment’)? When is a word best skipped over, for example if it’s not hindering your understanding, or is such an obscure word you're unlikely to come across it very often (‘scanty’)? When is it worth taking the time to look up and learn a word you might have heard before, and may well come across again (‘discourse’)?

It’s also helpful to target vocabulary which helps students to discuss, understand and describe important concepts in your subject. For example, knowing the words ‘manipulate’ and ‘manipulation’ would be much more helpful in writing about Iago than the word ‘mendacious’, and would have applications in critical writing about many other characters in literature.

Researchers such as Nash and Snowling (2006) found that using a contextual approach to instruction provides greater vocabulary gains than lessons emphasising learning word definitions. 'In context' here means that words are explored in relation to how they are used, for example, in a particular text, rather than learned from a decontextualised list of words and definitions. This is an important clarification as, in the past, what some people have meant by 'in context' might be more accurately termed 'by accident'. Of course, teachers will deal with vocabulary when it happens to come up, but they can also create the context, for example through planned speaking and listening work or by looking at several texts on the same topic. See also 3. Make a deliberate choice about which words to target (above) and 5. Plan for repeated exposure, (below).

Several different researchers have found that students need many exposures to a new word before using it themselves. You don’t need to labour the definition each time, just provide opportunities to encounter and use newly acquired words in speaking, reading and writing. On a recent VSPaG course we all learned the word 'tmesis' and then used it at every available opportunity. I still remember what it means!  If you were on that course, I wonder if you do too?

6.    Make sure they have something to say

Unless students have had to think deeply about the content of their writing and consider the impact of their choices on the reader, acquiring a wider vocabulary might add glitter to their writing but it will not turn it into gold. At GCSE the word which appears consistently in AQA’s mark scheme at the higher levels is ‘judicious’. Developing their own judgement about when and how to deploy a sophisticated vocabulary is what will help students to achieve top marks, not the indiscriminate over-seasoning of a piece of critical writing with words of many syllables, or a piece of narrative writing with 101 different words for ‘said’.

For more ideas, book onto our next VSPaG course on Tuesday 4th October.