Is it really group work?

At the last meeting of the EMC project on group work, ‘It’s Good to Talk’, we made some space to share findings from a new bit of work we’d initiated – trying to log group work in ordinary, run-of-the-mill teaching over up to 10 lessons, and identify how much it happens, when, with what kinds of classes and in what ‘position’ in any one lesson. 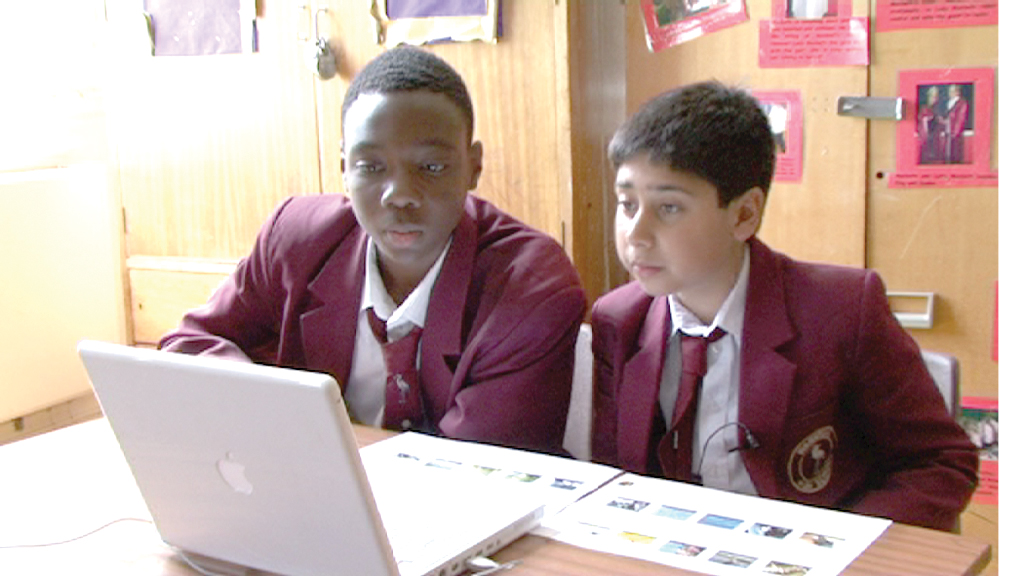 We were keen to know the honest realities, asking for a simple, factual recording on a grid, rather than a set of vague ideas about how the teachers did group work, like ‘I do lots of it with my Year 7s’ or ‘I love group work’ or ‘I rarely use it.’ One pair of teachers, from one school, asked a colleague to join in, and used their findings over the 10 lessons to compare what they’d discovered and talk about what that revealed.

The results on the filled in grids are really fascinating. They showed how variable the practice is, even in a single department, but equally highlighted a few significant features of the use of group work across the board. In discussion at the project meeting a few interesting ideas emerged. They are tentative, early stage thinking but nevertheless worth further exploration.

As the discussion about these findings developed some things began to emerge about the language we use to describe what we do, as well as the underlying understandings of the term ‘group work’.

Though several teachers were surprised at how little group work they seemed to be doing (see 1 above), it quickly became clear that this was because they were only counting as group work big set-piece activities. Matt McHugh (Mayfield School), who had logged less group work than he imagined he did, suddenly said, ‘Of course they’re talking to each other about their work all the time.’ Suddenly it emerged that the default for the ‘work of the lesson’, when there wasn’t a specific teacher input, or whole class discussion, was students working together to complete tasks. Ah! Eureka moment for all of us! Is that not group work, then? When people say they don’t do group work, or don’t like it, is it what I’m calling the ‘big, set-piece’ group activities?

At this point, Amy Druce (School 21) came in with a very strong point about the process of logging her group work and how difficult she’d found it. ‘Because it’s so fluid. I’m constantly going in and out of different things – pair talk is happening all the time. With Year 11s I’m doing think/pair/share constantly.’ Amy had said earlier on that she tapered off group work with GCSE classes, yet she’s doing ‘think/pair/share’ all the time – a version of group work but not of the ‘big, set-piece’ kind.

It was Amy who then expressed a really radical thought about what we’re up to. ‘Maybe group work is the wrong word for it. People say they’re for or against it, use it or don’t use it but are we all talking about the same thing? The people who don’t like group work might be referring to the ‘big set-piece’ kind.’ Equally, they may be ruling pair work out of the equation, as if a group is only a big group.

This idea seems to me to be worth pursuing further. It raises many questions as well as providing some answers.

Big, set-piece group work is just part of the story. It’s the kind of group work that requires thought, advance preparation and a commitment of time in the classroom. It’s hugely valuable, in our view, and some of its powerful impact can be seen in previous blogs, for instance the work on the falcon poems here and the exploratory work on poetry at St Michael’s here. But it’s not the only kind of group work. Matt’s ‘working together’ is also an important form of group work, and I raised the possibility that this could be a very valuable kind for us to do more work on. It’s probably what lots and lots of teachers who don’t identify themselves as group work fans are doing all the time. Wouldn’t it be helpful for us to think about support for this kind of work? I told a short anecdote from my own experience of Maths when I was at secondary school, where I worked with two friends, every lesson for two years, talking about the work as we went, except that they did all the Maths and I did none of it and struggled to pass the exam. What can we do to sharpen up and improve the way students work together on the tasks they are set? Are there ways of helping them to help each other and have the kinds of productive conversations that are at the heart of good collaboration. (This four minute clip from our archive of a pair of pupils working and thinking together on writing, shows this in action. In the clip they are constructing a video sequence and writing the script for their voiceover.)

All of this thinking chimes with the discussions EMC staff have been having about the project overall. We’re increasingly convinced that the group work project discussions, activities, blogs and meetings are part of a much bigger set of ideas about how pupils learn, how classrooms are organised, how expert teachers weave between activities and groupings in a responsive and flexible way. It’s not just about group work, and it’s certainly not just about ‘big, set-piece’ group work. It’s about making flexible opportunities for students to think, talk, hear their teacher’s ideas and respond to them and have the kinds of ‘conversations’ that are at the heart of the subject.

This is work in progress. We’re continuing to talk and meet and work ‘as a group’ to further our practices. For the time being, we’ll carry on calling it EMC’s ‘group work’ project but will make sure we’re clear that it encompasses many different things, and we’ll begin to think about ways of supporting it in all its different forms.