Andrew McCallum, co-director of the English and Media Centre, discusses the draft National Curriculum for KS4. 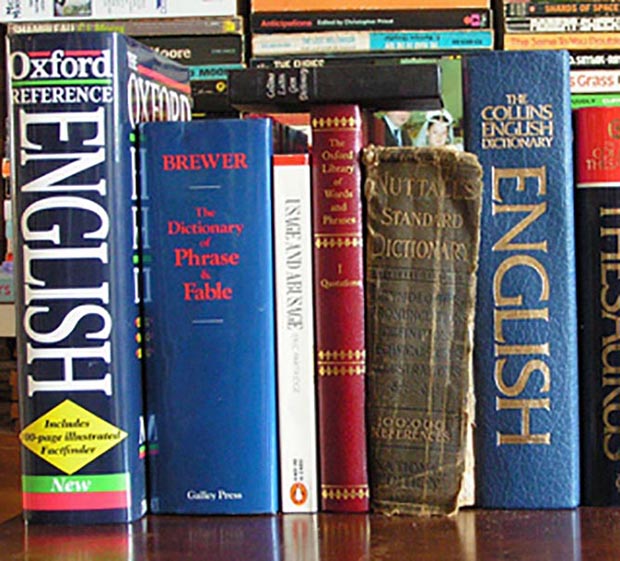 The draft National Curriculum English KS4 programme of study, currently under consultation, is seductive in its brevity and the unexceptional nature of what it proposes. In some ways this makes it hard to argue against. Much in it is taught in one way or another already, so how can its implementation be to the detriment of the subject?

In part the answer lies in how material is presented; in part it is to do with what is not included. When these points are taken into account the draft marks a backward step for English. Gone is any sense of a modern, dynamic subject, grappling with how young people need to be equipped to read language and broader systems of communication in the 21st century, replaced by a narrow, old-fashioned curriculum, lacking in any clear rationale about how it is preparing pupils for the future.

Here are some of the problems that need careful consideration, which we have pointed out in our response to the consultation process.

Putting the sentence “Pupils should be taught to read and appreciate the depth and power of the English literary heritage” at the very start of the document sends out a clear message: this is a traditional curriculum, which sees literature as a way of passing down particular values to pupils. It also downgrades the status of language study, which is surely a key element of the subject. Of course pupils need to experience a range of literary texts, heritage and otherwise, but it is important that an English curriculum is as open as possible to the many possibilities offered by the subject. This is important not only in preparing pupils for their future working lives and adulthood, but also in keeping abreast of changes in English in Higher Education.

2. No coherent vision of language teaching

The draft makes no requirements for pupils to learn about how language actually works. While they are given some opportunity to reflect on their own written work, to study grammar and to consider the differences between formal and informal spoken registers, there is little provision made for studying language as a fluid, dynamic medium. Specifically it makes little or no provision for the following:

3. No recognition of the value of ‘non-literary’ texts

There is no provision made for any reading other that what is deemed ‘literary’ (even essays, reviews and journalism come within the category of ‘literary non-fiction’). Categorising all curriculum reading as ‘literary’ leads to an unnecessary narrowing of focus and denies pupils access to many of the texts that bring real meaning to their lives. It also reduces a subject that is all about language to the study of limited types of language. The exclusion of digital non-fiction forms, for example, such as broadcast news and documentary, websites and other multimodal cross-platform texts, so often crucial in terms of developing pupils’ independent research, comparative and evaluative skills, both in English and across other curriculum subjects, seems particularly shortsighted.

4. No preparation for studying English beyond KS4

The focus on literary content and on writing in narrowly directed formats is likely to result in pupils being insufficiently prepared to study English at A Level and beyond. It does not recognise the wide variety of texts now studied at university level, including ones that challenge ideas about the literary, nor does it prepare pupils for further English Language study at any level; indeed, the curriculum almost completely ignores many of the key components of this discipline. It also ignores the wide range of responses open to pupils at A Level and university level, including the use of transformative, or re-creative, writing. This is exacerbated by the absence of opportunities for coursework at GCSE level, a significant change, with highly damaging consequences in terms of preparation for Higher Education and future working life.

A link between KS4 and further study can be restored, in small part, by addressing some of the terminology used in the draft. Replacing the idea of being taught to ‘appreciate’ literary texts with one of learning to read critically is much more in keeping with expectations of literary study at A Level and in university departments.

5. Little opportunity to experiment with language

Words such as ‘creativity’, ‘imagination’, ‘voice’ and ‘expression’ are entirely missing from the draft. These are not peripheral extras, but integral to the experimentation and playfulness required in a subject committed to developing linguistic range and flexibility.

6. No recognition of the changing communication landscape

Over the past 25 years, developments in the forms and capabilities of communication media have changed the ways we read, write and speak beyond recognition. The draft makes no reference to digital forms of written text, let alone to multimodal, cross-platform ones, an omission that disregards the ways most people now consume and produce texts. If pupils are to engage fully with the linguistic landscape in which they are growing up, and with which they will be required by employers and higher Education to interact, then they need opportunities to study, critique and produce a range of digital texts.

English is a subject about challenging assumptions, exploring different options, opening up new possibilities. This is not the message given out by phrasing that constantly outlines what “pupils should be taught to” do. It might seem a small point to argue that a curriculum needs to state what pupils should learn as well as what they should be taught, but then, as English teachers, our job is to take notice of the nuances of language. To refer to teaching but not learning is to suggest that knowledge is simply passed down from teacher to pupil, with no active engagement required on the part of the latter.

There is little in the way of progression between the KS3 and KS4 programmes of study. The former is more clearly laid out and has a less overt focus on a ‘literary heritage’ model of teaching English. It also has a broader view of which literary texts should be studied, referring, for example, to ‘seminal world literature’.

The consultation document for the draft curriculum asks for comments on how the proposals might have a disproportionate impact on specific pupils groups. Of particular concern are the following:

While documents such as Ofsted’s Moving English Forward identify significant problems in some English classrooms, these are, generally, to do with pedagogy rather than curriculum content. Where content is unsatisfactory, this is often to do with lessons being tailored to meet the narrow demands of exam specifications, rather than the broader requirements of the curriculum itself. Since the introduction of the National Curriculum, practitioners have adapted well to covering a range of specialist areas. The draft proposals limit the opportunity for such range and so put at risk many important aspects of the subject and approaches to it. Their presence makes a curriculum both challenging and inclusive and preserves the subject’s rich heritage of celebrating diversity; the limited model on offer in the KS4 draft risks making it narrow, limited, unchallenging and unsuited to a twenty-first century world.