Meaning is all and all is meaning

Does requiring students to use literary and linguistic terminology ever get in the way of substantial learning? And can the use of key terms sometimes serve to mask rather than demonstrate genuine subject knowledge? This blog post explores some of the pitfalls of too great a focus on the application of terminology to literary texts. 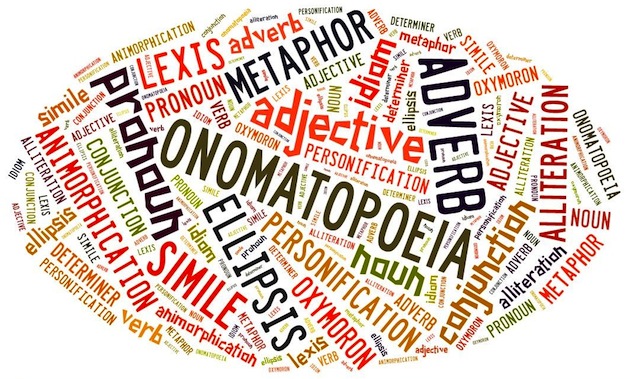 We need to think carefully about how we ask students to apply literary and linguistic terms to their reading. It’s all too easy to confuse the identification of key features with genuine analysis of what a text means. Here’s an example of a response that focuses closely on using key terms by a Year 8 student, taken from a blog:

Shakespeare fuses alliteration with rhyme and chiasmus to emphasise the malevolent witches’ supernatural sorcery, which would have petrified, yet enthralled, the Jacobean audience.

It relates to famous lines delivered by the three witches in the opening scene of Shakespeare’s Macbeth:

Fair is foul and foul is fair:

Hover through fog and filthy air

The student has, indeed, accurately identified three features from the lines and, in ‘chiasmus’, has used a term that might well be unfamiliar to some teachers. The student is also right to link the features to the creation of a supernatural mood. But is that enough? And is it all that important? What of the words in the lines themselves? What is their particular significance? You see, while the three features belong specifically to those lines, they are of relatively minor importance compared to what the lines actually mean. And the ‘malevolent supernatural sorcery’ is emphasised throughout the scene rather than just by these lines. In a way, the student could have commented on the features of almost any lines in the first scene and tagged on to this ‘to emphasise the malevolent witches’ supernatural sorcery’. Look what happens if I try to do it for these lines:

When shall we three meet again

In thunder, lightning, or in rain?

A student, with direction from the teacher, could write:

Shakespeare fuses rhyming couplets with pathetic fallacy and questioning to emphasise the malevolent witches’ supernatural sorcery, which would have petrified, yet enthralled, the Jacobean audience.

The actual meaning of the ‘fair is foul’ couplet is fairly straightforward. Essentially the witches are stating their upside down view of the world: what is good, or ‘fair’ to others is evil or ‘foul’ to them, and vice versa. The ‘fog and filthy air’ presumably refers to the type of environment in which they thrive. Importantly, the gist of what they say foreshadows what is to come: the natural order will be turned upside down when Macbeth murders King Duncan. The fair world will become foul. Placing this paradox at the start of the play alerts the audience to the likelihood of strange events to come. This, I would say, is a really important point for students to grasp: involving real knowledge about the function of a chorus and about how drama works.

I’m not, I’d like to point out, criticising the student’s work. The blog explains how he or she has been carefully directed by the teacher towards this response. I don’t want to be critical of the teacher either. The current model of English, as exemplified by the GCSE subject content and assessment objectives, requires students to draw on linguistic and literary terminology when responding to texts. If I have a criticism, it is with a system that focuses so much on assessment requirements that we can lose sight of what is really important in textual study: meaning.

Foregrounding the identification of features in textual analysis, I would like to suggest, runs the risk of overlooking meaning. If, in contrast, the search for meaning is prioritised, features need not be ignored, but can be drawn on where necessary (‘judiciously’ seems to be the term favoured by the awarding bodies) to show how the author highlights what he or she wants to say. Even then, careful judgement needs to be used about whether or not it is necessary to comment on features at all. After all, Shakespeare almost certainly wouldn’t have talked about ‘chiasmus’ if asked to explain his own words. How do I know? Because, if my etymological research is correct, the word did not come into use until the late 17th century.

Just because a word does not exist that does not mean the feature does not exist. We talk about chiasmus in the Hebrew Bible- and guess what, none of the writers of the Hebrew Bible would have used that term- because its not in Hebrew... By Shamma Boyarin on 14th Jun 2016
You're absolutely right. My point is that sometimes focusing too much on the features of writing leads to students offering hollow responses: they spot the feature then apply a generic statement about a piece of writing to it. So the response I use as an example, identifies three features in two lines, but does not address what the lines mean or their specific impact on an audience. Shakespeare uses chiasmus, whether the word existed when he wrote or not, to draw attention to specific words - not to draw attention to using a particular technique. By Andrew McCallum on 15th Jun 2016
This is why I love teaching IB, where the emphasis is on meaning and how it is created by writers and readers. The use of the correct critical terminology may move an examiner towards generosity in the application of the marking criteria for language (one of four equally weighted criteria for Lit: A Critical Study and one of five for Lit in Cultural Context), but its absence is never penalised. Once a literary device is identified by example and its impact on meaning is examined and analysed, that is more than enough. By Michael Byrne on 16th Jun 2016
It is indeed a worry. Just last week, a year 8 student in my class wrote 'the writer has used alliteration, which is effective because it gives emphasis'. Emphasis to what? Does it ACTUALLY give emphasis? By Isobel Long on 16th Jun 2016
Print Share