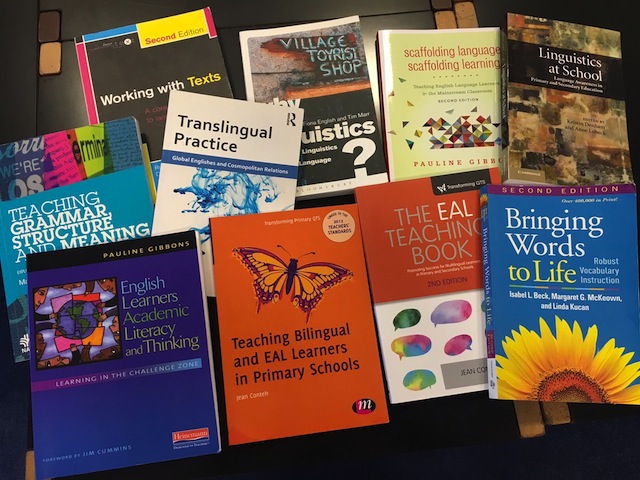 There’s a lot of talk about using evidence and/or research in CPD and in teaching more generally; ‘research-led’ and ‘evidence-led’ in some quarters have become more than just buzz words but rather essential ways of judging a school’s progress towards higher student attainment. What that evidence and research should be is an important question that is sometimes glossed over, although the idea of ‘good research’ and ‘bad research’ is increasingly understood, with the acknowledgement that just because a report has been published, it doesn’t mean that, when subjected to full scrutiny, the findings necessarily hold up. A study involving 20 students isn’t the same as one involving thousands. Nor are the musings of an individual, polemical writer necessarily as worthy of consideration as those of someone who has spent many years working on significant funded projects alongside colleagues and with access to peer review and academic conversation. The advent of Research Leads in schools has contributed to teachers being better informed about what makes ‘good’ research.

The kind of evidence that is often privileged is that which gives seemingly clear-cut ‘answers’ about ‘what works’ and has ‘impact’. The ‘what works’ question is an important one, but it’s only one of many questions that can be answered by a more generous and inclusive construction of what research is.  For us at EMC, research spans many different things and includes the kind of theoretical underpinnings for pedagogical decisions and for approaches to language and learning that don’t necessarily give an instant, clear-cut answer to ‘what works’ but may provide a more sustained and significant set of answers to other questions that lead you there in richer and more well developed ways. At its inception, and for many decades, the English and Media Centre had a credo of Practice – Theory – Practice. In other words, you start with your own practice, you find out what theoretical work has been done that might inform it and provide illuminating insights into it and then you go back to your practice to re-inflect it, in the light of these new ideas.

Research for us also doesn’t just mean research in the field of education; it also means research in the subjects that we teach, in other words keeping abreast of key developments in the academy, such as reading up-to-date criticism about texts, discovering what the role of theory is in university English, how Shakespeare is taught, or finding out about current thinking and research on aspects of language such as the place of English in the world, new developments in computer-assisted stylistics and so on. I specialised in medieval literature in my degree and in studying ‘The Canterbury Tales’, was brought up on Kitteridge’s criticism, the ‘marriage group’ and such like. When I now see the critical stances taken by academics like Jenni Nuttall at Oxford, I see that the approach has moved on and is radically different. An emphasis on the coherence of Chaucer’s enterprise has been replaced by a greater understandings of the discontinuities, that comes, in part, out of more attention to the writing process. If I teach The Wife of Bath, I do it less well if I know nothing of this. Even at GCSE, access to high quality, recent critical material is essential. That kind of subject-based research is often neglected, at the expense of more generic pedagogic ideas and debates. Both are needed. You could be hugely conversant with pedagogic thinking but if your ideas about your subject aren’t rich, current and well-informed, your teaching will suffer.

For hard-pressed teachers, keeping abreast of both these kinds of research and making judgements about what’s ‘good’ and worth paying attention to, is a nigh-on impossible task. For those who’ve stepped out of the classroom and tweet or blog about it, they generally focus just on the one kind – the pedagogical – rather than on the other kind – the subject itself. Here at EMC, we’re privileged in having the time and the resources to focus on both, in our attempt to mediate that huge range of material for the teachers who come on our courses, selecting what’s most legitimate, apposite and illuminating. We have been a consistent team over a long period, so we are fortunate enough to have a knowledge of the research history built up over many years, and a library of key texts, both historic and recent.  On courses we include quotations from research documents, theoretical books, critics, blogs and often display books and articles for teachers to browse in the breaks.

To give you just a flavour of the range of reading that we do, I asked my colleagues to list for me the books and sources they’d gone to in preparing courses last half term. The list is massive – too long to be able to include here!  On a course on Shakespeare, for instance, nine critical books were referred to, plus countless articles on JSTOR, articles in emagazine and our own publications on Shakespeare. On Stylistics, eight academic books were drawn on, along with Lancaster University’s Online course on Stylistics. On a course on the Teaching of Vocabulary, Grammar and Punctuation in Context, my colleagues used the following texts, though, of course, they were also drawing on many years of prior reading, whether it be the LINC project materials, or Debra Myhill’s earlier research on writing, as well as current reading of blogs by Daisy Christodoulou and others.

Myhill and Watson (2014) ‘The role of grammar in the writing curriculum: a review’

Crystal, D. The Language of Shakespeare

Evans, J. The Writing Classroom: Aspects of writing and the primary child 3-11

Research-led and evidence-led teaching are important. But we shouldn’t pretend that, for classroom teachers, it’s easy to absorb all that’s out there and have the time and distance to be able to distinguish what’s significant and what’s likely to be a short-term trend that will lead you up a blind alley. Organisations like ourselves and education departments in universities are in a position to read, sift, think and select for teachers the kinds of research and evidence that are of greatest interest, to offer them opposing angles and, most importantly, to bridge the two different aspects of research – the pedagogical and the subject-related – and bring them together.