Reading as a Writer, Writing as a Reader

Barbara Bleiman reflects on the value of encouraging students to read like writers and write like readers - and in the process asks important questions about where learning occurs in the classroom. 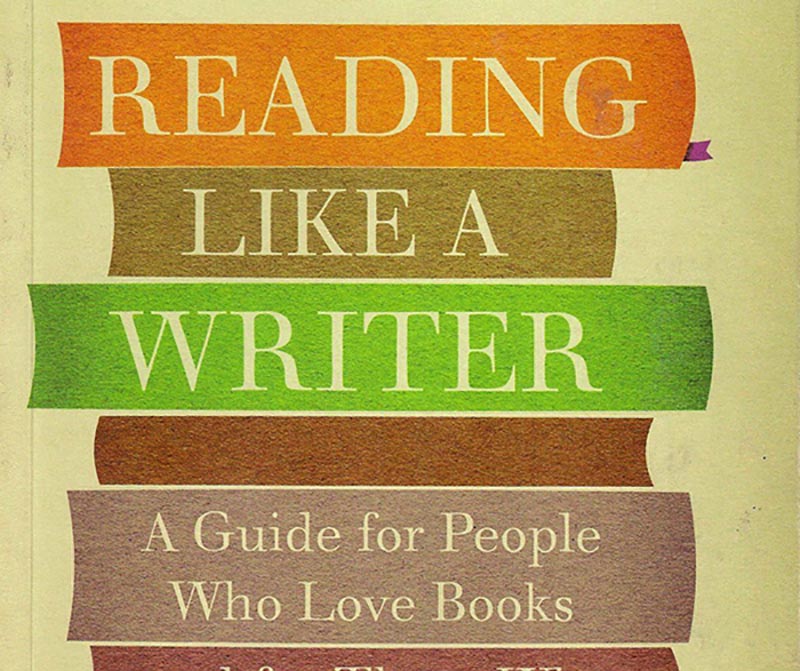 At the NATE conference on the weekend, EMC ran a couple of workshops. The one I led with Lucy Webster, was about ‘Reading as a Writer, Writing as a Reader’, an idea that is very dear to our hearts. That simple pair of phrases has been used by writers and others in recent years to describe the process by which reading widely and deeply informs your writing, while trying to write yourself informs and enriches your response and ability to be analytical about texts. Two sides of a very precious coin!

In the workshop I mentioned a couple of writers who very neatly make the point about the impact of reading on writing. Stephen King is famously quoted as saying:

If you want to be a writer, you must do two things above all others: read a lot and write a lot.

In the ongoing process of becoming a writer, I read and re-read the authors I most loved. I read for pleasure, first, but also more analytically, conscious of style, of diction, of how sentences were formed and information was being conveyed, how the writer was structuring a plot, creating characters, employing detail and dialogue. And as I wrote, I discovered that writing, like reading, was done one word at a time, one punctuation mark at a time. It required what a friend calls ‘putting every word on trial for its life.

A favourite poet of mine, Derek Walcott describes his own process of learning to write poetry as being like an apprenticeship, where you learn the tools of the trade by apprenticing yourself to the writers you admire, following their techniques and trying them out for yourself till you gradually find your own voice. He talks of starting off by imitating the exact forms of poems he admired, superimposing on those structures his own ideas.

These are published writers speaking and, obviously, in schools we’re dealing with children, not all of whom will become novelists or poets! However, the basic idea that reading and writing are not separate things still holds true, at whatever age or stage. At a very basic level, if you were asked to write a sentence, without ever having read a sentence, how would you know what’s expected? Or a haiku, without having read many haikus. If your teacher tells you to write the opening of a crime story but you’ve never read one, or even only one, how do you know what the conventions are and what choices are available to you? If you’ve just read Agatha Christie and nothing else, you may have a rather limited sense of what’s possible. Likewise, if you’re a KS3 or KS4 student and you’ve only ever read one first person narrative and that happens to be Curious Incident of the Dog in the Night-time, would you realise that, in your own autobiographical piece, or short story, you could use a retrospective adult voice, as in Jane Eyre, or To Kill a Mockingbird, or an angsty, funny, teenage voice, as in Catcher in the Rye? Offering a few openings of different kinds would extend your reading experience to show you what else you could do as a writer.

Flip the reading/writing coin and perhaps if you had a go at imitating the writing in your set text, or writing back to or around it, you might discover more about it. Here’s a bit of writing around the opening of Great Expectations, for instance, a really quick, playful little experiment:

My father’s name being Bleiman and my first name being Barbara, the pleasant alliterative ring of the two words did little to assuage my feeling that the name was both bland and undistinguished,’ followed by, ‘Ours was a different country, a world away, thousands of miles from the London where we finally planted our shaky, immigrant feet. My first, intensely vivid memory seems to have been gained at a moment when I lay in my bed, in a house in Cape Town, watching the shadows of the fig tree swaying gloomily on my bedroom wall.

As I do this, I discover more about that formal, retrospective voice of Pip, the immediate scene-setting, the sense of a confessional relationship with the reader, in which the reader is being let in on the deepest thoughts and feelings of the narrator about his childhood and the sense of emotional uncertainty he has, of piecing together knowledge about himself and his origins.

One key element of both reading as a writer and writing as a reader is the idea that small experiments, tests, trying things out, having a go, being playful, taking little unrisky risks, is extremely valuable, regardless of the ‘success’ of the end product. The end product of these little experiments is not to produce a great piece of writing (though it’s amazing how work like this can spawn great stuff, as was evidenced by the work read aloud by the teachers at the NATE conference).  But that’s not the main point. Something that doesn’t work may still teach you something about the text you’re reading or the process of writing. My ‘mock’ Dickens above, is no great piece of writing! In any other context than this blog, I’d be ashamed to share it with others. But it did teach me something about the text. I ‘put every word on trial for its life’ as I was writing, in the sense of weighing each word for its Dickensian appropriateness. It felt like time well spent.

And this is one aspect of this kind of work that perhaps has lessons for us in all the work we do with pupils, that ‘success’ isn’t always about measuring how good a piece of work is. There are times and places where end-products are very important – terminal exams, finished pieces for non–exam assessment, university dissertations, job applications, writing within one’s job after leaving school, publishing a novel or collection of poetry or short stories. However, in the work of the classroom, there must be time to try out, experiment and learn, where the question of whether the final product is brilliant or not is not especially relevant. Pupils need to know that.  If pupils have a go at writing three different first person openings to get a feel for how they work and how different they are, none may be a brilliant opening. But they may have discovered a lot more about the choices open to them and to other writers, including the one they are studying. And if that was the point of the activity, then that’s fine. The learning is what counts.

What is the answer for this question?
Q. Where is the author or article confusing? Where are there anomalies or ideas that seem unusual or do not seem to fit? By Swarna on 04th Sep 2016
A thoroughly useful introduction to EMC Writing as a Reader. By laura on 20th Feb 2017
Print Share

RT @AndrewEMC: I agree with our preview reader - a contemporary play that works at KS3! We can't wait to release this to the world. On cour…

RT @clpe1: As part of the UK Primary #Literacy Research Collaborative, we are honoured that @Loujs @charliehacking @storyriver and @Anjalip…

To anyone using EMC study editions of Jekyll + Hyde and A Christmas Carol, make sure you download the free accompan… https://t.co/EtncLNpMUz

The knowledge that students can take from these Shakespeare resource books is phenomenal https://t.co/tYK8xW2Lrv… https://t.co/VsUsol4vjq

1000s of schools have downloaded the free accompanying resources for Iridescent Adolescent. If you've used them in… https://t.co/ASsnqDX9er

It's heartening to see sales of Iridescent Adolescent + Diverse Shorts holding up this year. Schools are still dete… https://t.co/ZH6WoJNJeZ

RT @whatSFSaid: Libraries matter now more than ever. They embody a brilliant, beautiful, radical idea that we must never stop defending. Th…

Strategies, tips and reading lists for teachers keen to get their students reading for pleasure. 2 for 1 offer on t… https://t.co/jIlVXVdvya